Eclipse now and in the future: an interview with Mike Milinkovich

If you would like to reproduce this article in your own publication or web site, please contact Tim Anderson . 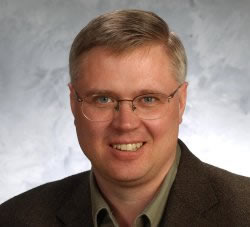 Eclipse now and in the future

Mike Milinkovich is Executive Director of the Eclipse Foundation, an open source project which provides a platform for tools integration. Many developers know Eclipse simply as an excellent, free IDE for Java. Topics discussed here include how Eclipse is funded, the relationship with Sun, SWT and Swing, visual editing with Eclipse, UML and modeling, and more.

Tim: The Eclipse Foundation is a non-profit organization. How is it funded?

Mike: Eclipse is entirely funded by its membership dues. The various classes of members and their dues is all public information on our web site, if you go to About us and then Governance, and look into the membership agreement. At the back of that there is a set of dues. The bulk of the funding comes from our strategic board members. There are two classes of these, being strategic developers and strategic consumers. On the current list of strategic developers is our newest one, Actuate  the announcement went out earlier this week [August 2004]  and Intel, QNX and IBM. On our list of strategic consumers is HP, SAP, Ericsson, Montevista, and Serena.

Tim: Does everyone pay the same, or is it proportionate to size?

Tim: So it is a significant commitment from those strategic members.

Mike: Yes  and this is all public information  the strategic developers are putting in, proportionate to their annual revenue, up to $250,000 per year.

Tim: So what is the benefit for the members?

Mike: The rights, obligations and benefits are laid out in the agreements, but ultimately the reason that they want to join the board of Eclipse is that a significant piece of their software strategy is dependent on Eclipse. The membership dues are dwarfed by the benefits, the software and the quality of the software that theyre getting for free, which allows them to base their products on top of it.

Tim: But since it is an open source project, any software company could use your work and depend on your platform without actually being a member.

Mike: You absolutely can. But there is a significant difference. If youre a software company, there is typically a progression that happens. First off, a software company comes along and says Thats pretty cool stuff, well see what we can do with it. They build a plug-in, they make that commercially available, testing the waters. The next level in this life-cycle is that they decide, You know what, this is very good stuff, lets build some of our products on this. Then what weve observed is that they come to the realisation that they now have, in the extreme case, hundreds of millions of dollars in their revenue stream which is now based on Eclipse.

At that point for a company such as an IBM or an SAP, it makes very good sense for them to get the degree of information flow and influence that they get by being a board member. That level of gestation also gets them involved in the councils which help coordinate and guide the open source project. I dont want to overstate that. Coordinating and guiding an open source project ... I mean youve probably heard the herding cats analogy many times in your career, and that is clearly applicable here! But you do get visibility into where things are going. You do get a seat at the table where decisions are made about which way things are going. For a company that has a very significant revenue stream based on a technology, thats well worth the membership dues.

Tim: So leaving aside the third-parties developing plug-ins, how many developers are working on core projects sponsored by the Eclipse Foundation?

Mike: I dont actually have the accurate number. Its of the order of 150.

Tim: Many of your members are selling commercial plug-ins or add-ons for Eclipse. Is there any tension where they are reluctant to include some part in the open source project, because it would reduce the commercial value of what they are selling?

Mike: Tension can be a negative word, or it can be a positive word. I think theres a certain creative tension that happens all the time in the Eclipse community between deciding what should be open source and what should be commercialised. That is a very healthy dynamic. The decision that was made early in the evolution of Eclipse, which I still think was the right decision, was that were not going to put any specific boundaries on the open source project. Instead, the modus operandi that we have in the Eclipse community is that we very clearly, openly and with lots of lead time communicate on where the open source project is going. People that are building commercial products with Eclipse can have enough lead time and the right information to make informed business decisions.