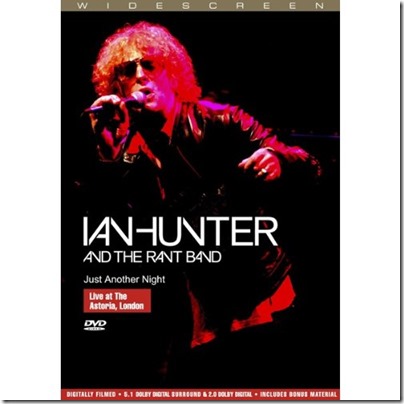 After Strings Attached and a May UK tour, Hunter seems to have had a quiet 2002 and 2003. In 2004 though he is back on the road, playing gigs on the East Coast of the USA in March, and in the UK in may, Europe in June and September, and in the USA again in October and December.

The gig on 28th May 2004 at the Astoria in London was recorded and released by Secret Films/Secret Records on DVD (Just Another Night) and double CD (The Truth, the Whole Truth, Nuthin’ But the Truth). The band includes special guest Mick Ralphs from Mott days (and also of course Bad Company). Other members are Andy York (Guitar), Ian Gibbons (Keyboards), Steve Holley (Drums) and Gus Goad (Bass). 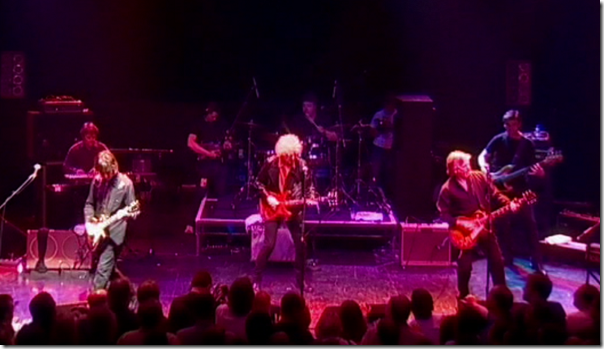 The set list is a balance between old Mott classics and newer material:

Rest in Peace
Rock ‘n’ Roll Queen
Once Bitten Twice Shy
Twisted Steel
I wish I was your mother
Knees of my heart
23A Swan Hill
Irene Wilde
The Truth the Whole Truth, Nuthin’ but the truth
Rollerball
A Nightingale sang in Berkeley Square
Roll Away the Stone
Saturday Gigs
All the Young Dudes
The Journey (medley)
Dead Man Walkin’
Just Another Night
Cleveland Rocks
Michael Picasso
Standin’ in my Light
All the Way from Memphis

Overall it’s pretty great, powerful guitar from York and great to hear Ralphs too, especially on the Mott numbers like Rock ‘n’ Roll Queen and Dudes. The track The Truth … is a standout with three lead guitars in play (Hunter alongside York and Ralphs). Rollerball mentioned above is a strong number. The Journey is really a medley of songs from Mott and solo years.
Joe Elliott guests on Dudes, and both Elliott and Brian May on a rather shambolic but fun Memphis.
Hunter is to some extent imprisoned by his past; I guess the hope is that some will pick up a DVD like this for the sake of the old numbers, and be impressed by the quality of songs like Knees of my Heart, 23A Swan Hill, Rollerball, Dead Man Walkin’ and Michael Picasso (all excellent here), and then explore the man’s more recent work.

Production is pretty simple, which I don’t mind. If you haven’t picked this up yet, I suggest getting the DVD; there’s no real advantage to the CD. 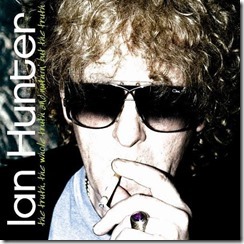 Confusingly, both DVD and CD were reissued under the title All the Young Dudes. It’s a worse title and cover but best for availability. 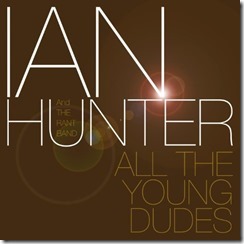 I was at the gig so I was always looking forward to this DVD. Thing is, it wasn’t one of Hunter’s, or his band’s, best performances and of course the DVD reflects this.
All the usual Hunter and MTH classics are there and the footage is put together well, sound quality is iffy in places but on the whole okay. Mick Ralphs was a disappointment on the night and it doesn’t get much better on the DVD (check out the intro the All The Young Dudes), but he is a legend, as is Brian May. At the gig we couldn’t hear his guitar so it looked like he was air guitaring with that classic Queen pose. On the DVD his guitar is well mixed and is a welcome bit of brilliance compared with mediocre other guests (Joe Elliot, Tracey Hunter). Andy York on guitar is consistently good, but on the whole this should not go down as a definitive Hunter performance.

​I tend to agree about Ralphs; not sure if there were technical issues or he was having an off night. But I still think overall it’s pretty good, and York is excellent as noted.