I have been enjoying Elden Ring on the Xbox but not so much when my controller broke. I recall the same thing happening with Dark Souls. Maybe it’s the way I play, but the problem is that the right bumper is used for a quick attack, which I use constantly. The bumpers seem to be less robust than the triggers, so after a while it breaks.

Fortunately the current Xbox controllers (I have a Carbon Black) are easy to fix. The hardest part is getting the textured panels off the controller handles; like so many modern electronics cases, these are a press fit and have to be levered off while trying not to break or scratch them. Then you undo two screws each side using a Torx T8 security screwdriver and another screw under the label in the battery compartment. Then you can carefully remove first a central rear panel and next the rear bumpers.

This revealed the problem: a small plastic tab had broken.

Gluing the tab back probably would not last long; but fortunately compatible bumper parts are available for a few pounds on eBay. I bought two (one for next time) and everything is fine.

My Windows laptop is ancient (2015) and my company decided to replace it with a MacBook Pro especially since we need to develop software compatible with Apple Silicon. The new Mac works well  and I have been busy putting the essentials (for me) on it: Xcode, Visual Studio Code, .NET 6.0 SDK, Microsoft Office and so on.

Tip for .NET developers: when you put .NET and VS Code on an M1 Mac, you might get a CPU not supported error from Mono, at one time a dependency of the OmniSharp language server. You can fix this either by installing rosetta 2, the x86 translator for Apple silicon, or by setting omnisharp.useModernNet – see here for details.

There are two things I always have to do with a new Mac. The first is to go to  System preferences – Trackpad  – Scroll & Zoom and uncheck the mischievously worded option Scroll direction: Natural. This seems to set this for the mouse too. The reason is that as far as I can tell the Apple preference is no more or less natural than the older approach and having it different depending which operating system you are using is confusing. My suspicion is that Apple introduced this in order to make it harder to switch between Mac and Windows. 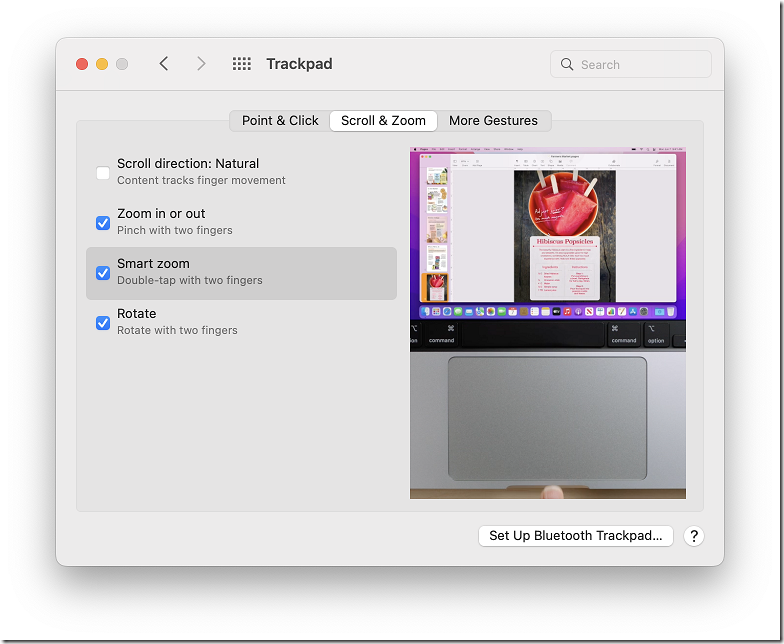 The second thing is a bit trickier which is to install my password manager. I use Password Safe which does not offer an up to date Mac download, nor an Apple Silicon version. There is a commercial version in the App Store, but since it is open source my solution is to build from source. I recall doing some tweaking the last time I did this, a couple of years back for an Intel Mac, but the process seems to be smooth now as a few fixes have been added for Xcode and arm64 support. I used the latest development release of wxWidgets, 3.1.6, which has to be built first. My build declares itself to be v 0.01 OSX. 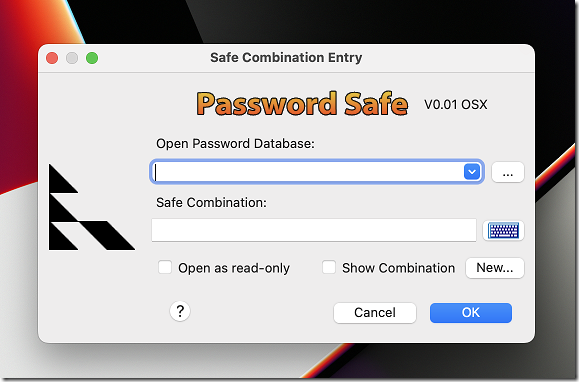 Without the password manager a laptop is almost unusable for me since I don’t know many of the passwords I use and generally prefer not to save them in the  browser.

My desktop PC which I use for the majority of my work remains Windows and I am a fan of WSL (Windows Subsystem for Linux) which from my perspective is the best new feature of Windows since the release of Windows  7. I miss WSL on the Mac though it is less necessary because macOS is a Unix-like operating system.

In general I do not have a strong preference between Mac and Windows, though I feel that Microsoft and its OEM partners have some work to do to get Windows on Arm working as well as M1 Macs. I was also disappointed by Windows 11, particularly by its lack of support for slightly older CPUs, and the new Start menu and taskbar which is a step backwards from Windows 10. The appearance of ads in the user interface is a concern too, though it is minimal if carefully configured.

Microsoft has announced the public preview of Azure Virtual Desktop RDP Shortpath for public networks – a bit of a mouthful, but what this really means is a switch towards UDP as the first choice transport for remote desktop sessions on the Azure cloud.

UDP in itself is not enough; for example, UDP “does not care about each individual packet’s packet order or delivery. It does not have built-in congestion or rate control,” explains Gundarev. The implementation for RDP (Remote Desktop Protocol) uses a thing called URCP (Universal Rate Control Protocol) which Microsoft developed back in 2013, for real-time communications.

AVD already supported UDP for private networks, but many users do not have a private connection to Azure like ExpressRoute, hence the introduction of the public network version. Microsoft says that the benefits include lower latency, better network utilization, and high tolerance to packet loss.

Implementing the preview is done by setting a registry key on the AVD session host, so this can be done experimentally for just a few hosts in order to try out the feature. That said, it will not always be possible. “RDP Shortpath may fail if you use double NAT setups,” said Gundarev. Users should not notice as the old TCP-based connection will be used automatically instead.