I have a lot of time for Thoughtworks, a global software development company, and always look at its Technology Radar, the latest version of which appeared recently. Plenty to digest, but what caught my eye was this comment regarding SPAs (Single Page Applications):

The sheer prevalence of teams choosing a single-page application (SPA) by default when they need a website has us concerned that people aren’t even recognizing SPAs as an architectural style to begin with, instead immediately jumping into framework selection. SPAs incur complexity that simply doesn’t exist with traditional server-based websites: search engine optimization, browser history management, web analytics, first page load time, etc. That complexity is often warranted for user experience reasons, and tooling continues to evolve to make those concerns easier to address (although the churn in the React community around state management hints at how hard it can be to get a generally applicable solution). Too often, though, we don’t see teams making that tradeoff analysis, blindly accepting the complexity of SPAs by default even when the business needs don’t justify it.

This struck a chord with me because of my adventures creating an online bridge playing platform using ASP.NET Core. I picked the platform because I was in a hurry, like C#, and had some existing code for implementing a bridge game, done for Windows. Any online game though needs lots of JavaScript and I soon became aware that the traditional ASP.NET approach, where each web page is a separate .cshtml file with server-side rendering and C# code-behind, is at odds with trends towards SPAs and JAMstack (JavaScript, API and Markup, where “Markup” is HTML and CSS).

Note that you can of course do SPAs and JAMstack with ASP.NET; ASP.NET is a nice technology for implementing an API and there are Visual Studio templates for things including “ASP.NET Core with React.js and Redux”. A Razor Pages application is still the default though, and gives you a UI for the ASP.NET Core Identity for free which saved me a lot of gruntwork. Still, as I got deeper into JavaScript libraries, including the AWS JavaScript SDK which I am using for audio and video, I found myself being steered towards React.js (resisted so far) and JavaScript bundling with Webpack (tried but was not a good fit). I also found that even switching my JavaScript code to TypeScript was surprisingly awkward, considering that the creator of TypeScript works for Microsoft. I found myself wondering if I should have started with an SPA, or convert my application to an SPA, in order to fit in well with the new world.

Separately, I’ve been involved with another project, in PHP and JavaScript, which is an SPA, and hitting some of the potential issues. For example, the application made a ton of database queries on first load, the data from which was in most cases never used, as users did not visit the parts of the application that required them. Refactoring to load this data on demand has made the application faster and more efficient.

A problem, which Thoughtworks alludes to in a remark about “closing the gap on user experience,” is that staying in JavaScript rather than loading a new page from the server generally makes for a smoother application. The way my bridge application has evolved is that the main play screen is a kind of SPA: everything is done in JavaScript and API calls, and I have written a ton of JavaScript code for things like rendering HTML tables where server-side rendering with Razor would be much easier, but unacceptable for usability. However, different parts of the application still use separate Razor pages, for things like viewing results, configuring a user profile, finding a game, and admin screens for managing members and running sessions.

JavaScript, now TypeScript, has exceeded my expectations in terms of performance and capability. It is annoying at times but a modern web browser is a phenomenal platform. I was glad though to see Thoughtworks noting that going the SPA route is not always the right decision 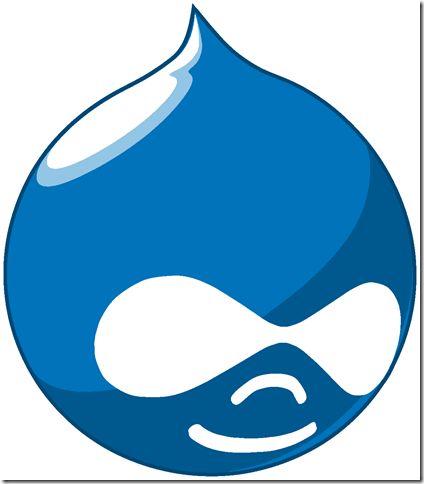 Drupal, which may be the 2nd most popular content management system after WordPress according to these stats, is now at version 9.2. Version 7.0 was released 11 years ago but when 8.0 was being developed (it was released in 2015) the team decided that there there were so many key improvements, including mobile-first design, multi-language support and HTML 5 forms, that in-place upgrade from 7.0 was too hard. In addition, some modules (used to extend Drupal) had no Drupal 8 version. Read all about the migration story here. It is not trivial.

From 8 on, the team promised, compatibility would be preserved so that upgrades would be easier.

What happened? Did every Drupal 7 site migrate to version 8 in order to enjoy the new features and promised future upgrade path?

No. Last month the team confessed that “a majority  of all sites in the Drupal project are still on Drupal 7.” The date for ending support for Drupal 7 keeps getting pushed back and is now November 1 2023, but to be reviewed annually.  “We will announce by July 2023 whether we will extend Drupal 7 community support an additional year,” said the post.

While this is good news in one sense for Drupal 7 site maintainers, it is not good news for the Drupal project. Having more than half Drupal sites on what is now an ancient version is unhealthy and maintaining it is a distraction.

Should the team have compromised the improvements in Drupal 8  for the sake of compatibility? It is imponderable but underlines a general truth in software development: breaking compatibility in major ways is expensive and can only be worth it if the benefits are correspondingly huge.

Another example that come to mind is Visual  Basic .NET which was incompatible with Visual Basic 6.0 and in consequence there are many  VB 6.0  applications still out there, that have never been upgraded.

Python 2 is another example.

What this also means is that time invested in making upgrade easy, or preserving compatibility in a widely-used project, may seem unrewarding but has a big payback.