I am working on a project that is hosted in Azure and I made a mistake, running a SQL script that was dependent on another SQL script that I had forgotten to run. It messed up the foreign keys and I would have to restore a backup … but my most recent backup was from the day before. Annoying.

But wait. Looking the Azure portal I saw this: 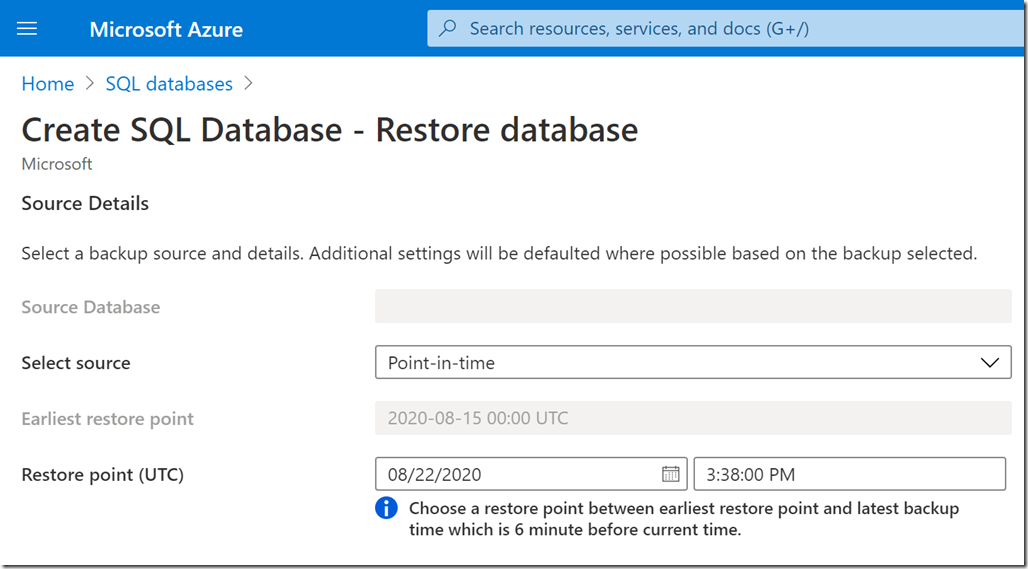 This is a plain Azure SQL instance with no extras, but look, you can restore the database from 6 minutes ago.

I did it; it restored to a second database. I deleted the bad one, renamed the restored one, ran my scripts in the right order, and all was well.

I recommend you do not run scripts in the wrong order … but if you do, or make some other error, this is a handy feature of Azure SQL which I was not aware of before.