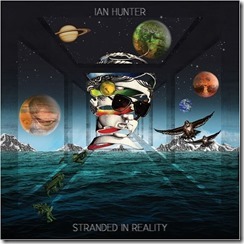 Stranded in Reality is a big box, a 30 disc set (including 2 DVDs) which covers Ian Hunter’s musical output from his first solo album to When I’m President. It also includes a book with notes on every song (well, all the main songs at least). And a Shades magazine in the style of NME (New Musical Express) or Melody Maker back in the day, which has reviews and ads previously featured in Melody Maker, Sounds, NME and Zigzag. Would have been useful for this thread, but unfortunately I do not have the box, though a friend brought it round for me to see so I had a quick hands-on and watch/listen.

There is a YouTube video with an unboxing in which Hunter (looking somewhat bored) together with someone (I presume) from Proper Records gives a bit of background. In particular, he explains that much of the research and content is down to Campbell Devine, author of the Mott the Hoople biography which I quoted extensively in the earlier part of this thread. "It’s a fan job … Campbell Devine’s a fan," says Hunter. 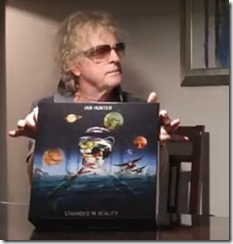 The song-by-song commentary, for example, was done by Devine after interviewing Hunter. Some of the commentary is also familiar from compilations where Hunter has written notes before.

The box costs £249.99, and is a limited edition of 2,500 (though it is still on sale though they were not exactly snapped up). Still, Hunter has said that it sold well.

It is a nice piece for Hunter fans, except that they may have most of the contents already. The rarities are nice to have, but perhaps not £249 worth. If you are new to Hunter’s work, of course, the box is a great buy.

It was rather annoying and unnecessary to make fans buy the Sampling in Reality EP as well as the box if they want everything.

Note that the box is not quite complete, in terms of released work. Omissions include:

The box is nicely produced but existing albums are not generally remastered, they are the same as before plus on occasion with new bonus tracks.