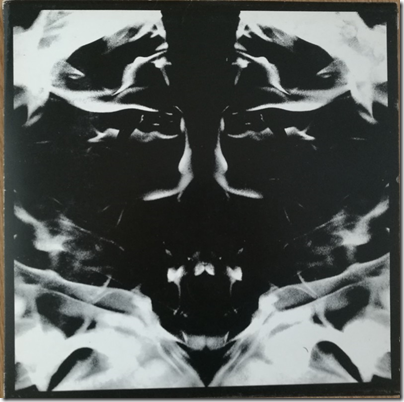 In February 1970 Mott the Hoople started studio sessions at Olympic Studios in Barnes, London, for their second album, initially to be called Sticky Fingers. The title was acquired by the Rolling Stones, possibly via Guy Stevens who hung out with the Stones while working with Mott. The Stones were actually recording in Studio 2 when Mott was recording in Studio 1. The sessions, which continued on and off until April, were not particularly easy according to Ian Hunter, mainly because of the mercurial contribution of producer Guy Stevens, who is credited with "Spiritual percussion" and "Pychic piano" on the sleeve.

Stevens apparently wanted a "live in the studio" approach and the sessions seemed to be a combination of hanging round the studio doing nothing at one time, or at another time putting pressure on the band to come up new compositions there and then; Walkin’ with a Mountain was composed in a tea break. Biograher Campbell Devine also notes that "Ian recalls the coda containing Jumping Jack Flash because Mick Jagger came in to see the band during a session."

Guy Stevens was having trouble with drugs at the time and wanted the album to explore the dark side of human nature, evident in the albums final title, the black sleeve, and the Baudelaire poem on the back sleeve which begins "Descend the way that leads to hell infernal." 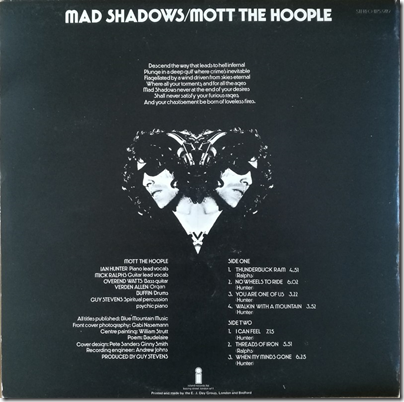 There is some question though whether the angst in the album comes more from Stevens or from Ian Hunter. Julian Cope of Teardrop Explodes loves the album and says:

"MAD SHADOWS, was to be Mott’s greatest statement of all and a true cry from the heart for Ian Hunter. His wife had taken his children and returned to Shrewsbury, telling him that she would not accept his new longhair and new lifestyle, and the whole album resounds with Hunter’s wailing and fist-pounding as the ghosts of his still recent former life spill over into every song. The sledgehammer attitude of the first album is, if anything, overtaken by the brutality of musical execution of MAD SHADOWS. Indeed, what makes MAD SHADOWS so powerful is the brazen way in which the other much younger musicians interpret Hunter’s work. Simple to the point of repetition because of his ultra-limited piano playing, Hunter’s songs actually gain from this flash, virtually punk energy which the rest of the band brings, and his desperate cry from the heart of a dissolving 30-something marriage is gloriously mistranslated by rampant musical interpreters barely out of their teens."

That said, Hunter was not happy with the album, mainly because of the chaotic nature of the sessions and imperfections in the recording. "It was badly produced and mixed and I couldn’t listen to it. I haven’t even got it at home. It was a diary of bad periods we were going through at the time and was recorded live in the studio."
Personally I have always liked the album, partly because explorations of the dark side appeal to me (I also like David Bowie’s Man who sold the world which has a similar vibe in some respects), and partly because this is classic Mott, benefiting from the band’s touring.

The opening track is Mick Ralphs’ propulsive Thunderbuck Ram, one of three tracks in which the Mott rock out strongly, and a great performance which stands apart from the darker numbers to follow. The band were not happy with the mix though, in which the organ is mixed way back. The original and band-preferred mix is on the Island sampler Bumpers. 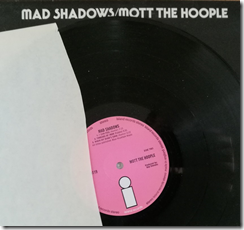 Next up is Hunter’s lament, No Wheels to Ride, which builds nicely from its quiet opening. Note the appearance of "Can’t get enough of your love" in the middle of the song, pre-echoing Bad Company’s song years later.

You are one of us, featuring jaunty organ, may be about Mott’s relationship with its audience in its amazing live performances.

The aforementioned Walking with a Mountain closes side one, reminiscent of Rock ‘n’ Roll Queen from the first album, but written by Hunter rather than Ralphs.
Side two is the darker side. I can Feel is an impassioned cry of pain from Hunter. You can hear a squeaking drum pedal if you listen carefully.

Next is Threads of Iron, by Mick Ralphs, which comes as some light relief, complete with the profound lyric "you are what you are yes you are"; but it chugs along nicely.

Finally we get a second long, anguished Hunter number, When my mind’s gone, apparently recorded as a kind of stream of consciousness with Stevens willing Hunter to compose on the spot. "I just looked at Guy and sang," says Hunter. If that’s the case, it’s pretty good. Hunter accompanied just by piano and organ for a stark, primeval sound.

A good album then but distinctly odd, with tension between Stevens’ controlling (and drug-crazed) influence and Hunter’s strong personality, redeemed by the fact that Mott the Hoople was a great, tight band thanks to life on the road. Then again, a straighter rock album, or a live album, would probably have been better for the band’s sales and career.

As for the cover, it’s downright peculiar, especially the centerfold!

According to the Just a Buzz site:

"The front cover is a Gabi Nasemann mirror-image photograph of a fire grate. (Nasemann’s work can also be found on covers of science fiction magazine New Worlds, on Michael Moorcock books, and on Hawkwind album covers.) The inside cover reproduces William Strutt’s painting Peace, and a little child shall lead them, representing the biblical prophesy in Isaiah 11:6-9 (‘… and the calf and the young lion and the fatling together; and a little child shall lead them.’) The Baudelaire poem quoted on the back cover is a translated passage from Damned Women, taken from from the preface to the 1959 novel Mad Shadows by French-Canadian writer Marie-Claire Blaise (who may have done the translation)."