Miguel de Icaza has announced the first preview release of Moonlight 2.0. This is the one that counts, in that it brings the .NET runtime to Silverlight applets running on Linux:

This is the ECMA VM running inside the browser and powering C# and any other CIL-compatible languages like Ruby, Python, Boo and others. You can use Moonlight/Silverlight as a GUI (this is what most folks do) or you can use it as the engine to power your Python/Ruby scripting in the browser.

Keep in mind this preview release is not feature complete. Most importantly not all security features are present or fully enabled in this release. Even existing security features have, at this stage, received only minimal testing and no security audit of the source code (mono or moonlight) has yet been done.

Undeterred, I installed it into FireFox 3.0, running on Ubuntu Linux. The download is under 9 MB. My first effort was unsuccessful; the plug-in appeared to load OK, but no Silverlight apps displayed. My second attempt in a VM worked. Naturally I went along to my Silverlight database example which as it happens runs on Mono. Here it is: 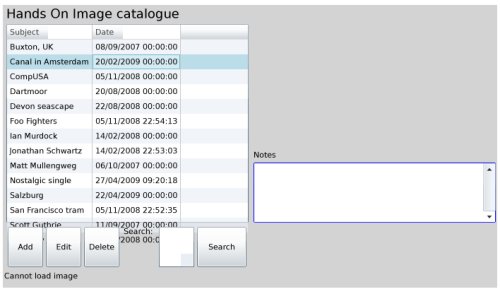 This is what it should look like (Silverlight on Windows): 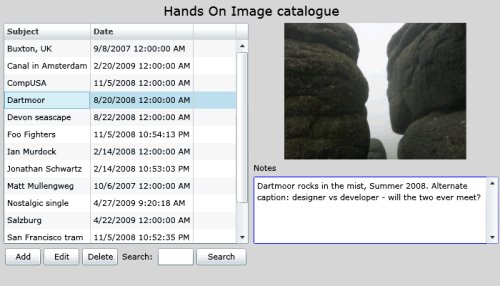 Well, it is only an alpha preview, and it shows. On the plus side, the data is displayed, the search works, and the buttons operate. It is a considerable achievement. But don’t plan to move your users onto Moonlight applications just yet.