Overheard last week at a non-techy social event: “I have just got an iPad. It is gorgeous. It is amazing how much it can do” … conversation continues … “Trevor is always swearing at his computer. He always blames Microsoft. It doesn’t matter what the problem is, he blames Microsoft.”

This is the kind of conversation which is annoying to hear if you are remotely technical. I have and enjoy using an iPad, but it has many limitations and its own share of annoyances. Recently the iOS WordPress app crashed whenever I tried to moderate comments on this blog. On Windows I could have done some troubleshooting, but on the iPad there was little to do other than blindly try removal and reinstall, or wait for a fix. As for Windows, I find it generally reliable and the majority of issues I have with it are not the direct fault of Microsoft.

In other words, reality is not so clear cut; but there is a powerful myth out there that goes along the lines of the conversation I overheard; and it is a myth that is not entirely unfounded given the quality of Apple’s design work and the problems that surround what we might call the Windows ecosystem: foistware, hardware built down to a price, the peculiarities of Outlook, and so on.

I do not think conversations like that quoted above are exceptional and it illustrates the pressure Microsoft is under. For years Windows has been in an almost unassailable position because the alternatives were insufficiently compelling to most people: Linux too awkward and fractured, Mac/OSX too expensive. Now change has come about because of the rise of new kinds of devices, smartphones and tablets, for which Windows was unsuitable. The result is that Apple iOS and Google Android are widely used and growing fast.

That said, we still need PCs, and although the Mac is gaining ground the large majority of these still run Windows. The smartphone or tablet model does not fit all kinds of computing. In fact, if we are thinking of the iPad in particular, it is only a good fit for a minority of uses. I am not thinking of what you just about do with an iPad if you have to, I am thinking of the scenarios where it is your tool of choice. Take word processing for example: the iPad has a version of Pages and you can get an external keyboard but even so I would rather type on a PC or a Mac, or even a netbook, and will get my work done quicker that way. 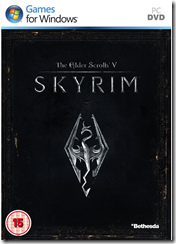 Leaving aside the software that is available, a full PC or Mac gives you keyboard, mouse, and easily supports one or more large high-resolution screens. Whether it is Microsoft Excel, Adobe Photoshop, the latest graphics-intensive game like Bethseda’s Skyrim, CAD software, or development tools like Visual Studio or Eclipse, there are many activities for which a tablet is a poor PC substitute.

Even for things for which a tablet is generally considered good, such as web browsing, a full PC or notebook is better. When browsing the web on an iPad there are little annoyances like slower typing of search queries (and the often daft auto-correct in iOS), awkwardness of looking up a password for a login and pasting it into the browser, small screen size making you scroll around, difficulty of hitting small hyperlinks on sites like discussion forums, and so on.

All of this means that the traditional PC, Mac or notebook seems still to have a strong future, which seems further to imply that Windows also is secure.

I would argue though that this is a rose-tinted view of the future of the Win32/Win64 platform – by which I mean full desktop Windows rather than the “Metro” tablet platform which Microsoft has previewed for the dual-personality Windows 8. Here are three reasons why it is under threat:

1. Tablets will get better and will gradually encroach on the PC market as they become more capable. This process will be complemented by web sites adapting to work better for the growing number of tablet users.

2. Hybrid devices like the Asus Eee Pad Transformer, which runs Android but also docks into a laptop-like keyboard and clamshell case, will cause users to question whether they really need to replace their Windows laptop when it wears out.

3. The drive towards cloud computing will reduce our dependence on desktop applications. Although Google’s Chromebook has not yet caught on, the fact that it exists shows the progress cloud computing is making: a notebook that only has a web browser is a viable proposition.

My assumption is that many of us would like to use tablets for a greater proportion of our computing activities if we could easily do so, because we like their mobility, convenience, low power demands, and relatively low cost. This is especially true for consumers, and less applicable to more regimented offices where there is a computer on every desk.

Another factor for Win32 is that Microsoft itself will slow down its future development, concentrating instead on Metro and its Windows Runtime, as well as cloud services. There are good business reasons for this. Microsoft is not under pressure to improve Win32; users would like it to run faster and with greater reliability, but their main demand is that it continues to run their critical applications successfully.

The conclusion: although Win32 will remain an important and stable platform for many years to come, it is now in slow decline. This will be the case whether or not Microsoft manages to bring Windows itself back on track with a success for Windows 8 on tablets, and overturns the assumption reflected in my initial quote: that an Apple iPad is delightful and Windows nothing but problems.

8 thoughts on “Thoughts on the future of the Win32 platform”