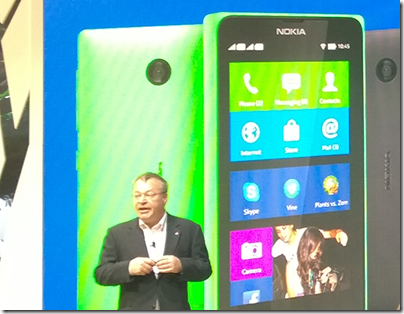 The phones, according to Nokia, are aimed at the “affordable” market especially in “growth markets” or in other words, less developed territories. 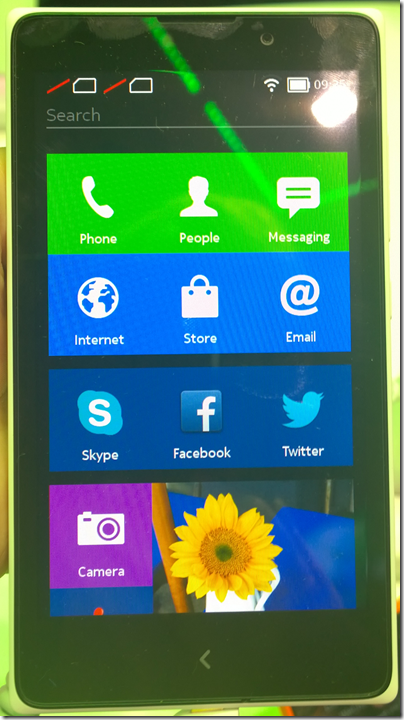 The stated reason for Nokia X is combine the rich Android app ecosystem – apart from Google’s own apps which largely will not run because of their dependence on proprietary Google Play services – with a “feeder” for the cloud services which are shared with the Lumia range. The UI is tiled and the phones have the look and feel of cut-down Lumia more than Android. Nokia’s Stephen Elop stated that Lumia and Windows Phone remains Nokia’s primary smartphone strategy.

Note that although Nokia is being acquired by Microsoft, the deal is not complete, and Nokia’s management is equally as independent of Microsoft as it was this time last year.

Here’s the puzzle though. Elop also announced that the low-end Windows Phone, Lumia 520, outsells Android in the €75-150 price range, exactly the range also occupied by Nokia X. It is no more affordable than Windows Phone. The real rationale then is about the Android app ecosystem rather than affordability.

There are several reasons why Nokia X might not be a big hit.

First, consumers will pick up that these do not offer the same experience as mainstream Android devices running Google services. This might not matter if the Microsoft/Nokia services were superior to those from Google, but that is hard to see. Bing vs Google for search?, Nokia Music vs Google Play music? Google Now vs no equivalent? Play Store vs Nokia Store?

Second, if you want a Microsoft services device, how likely is it that the supporting apps on Android will be superior to those on Windows Phone? Take Office 365, for example. Windows Phone has better support than Android, and that is part of Microsoft’s differentiation.

Here is where Nokia X does make sense. It is a strong Plan B for a company that is having second thoughts about the long-term prospects of Windows Phone. Perhaps it could also replace Asha at the low end, if in time Nokia manages to drive the cost down. The Android operating system is free, if you leave out the proprietary Google bits, so there is some cost saving versus Windows Phone.

Unfortunately there is also a negative impact on Lumia, in that Nokia is seen to be wavering in its commitment to Windows Phone and distracted by supporting too many mobile operating systems. There was no Lumia announcement today at Mobile World Congress, which is odd considering that Nokia has a reasonable story to report in terms of platform growth.