The 21st April 2018 was Record Store Day, when the industry comes up with hundreds of special edition vinyl records which are offered for sale only through independent record shops. A helping hand for the independents, or a an attempt to con us into buying overpriced product via the old trick of artificial scarcity? Take your pick; but there’s no doubting that it gets thousands of people into record shops for at least one day in the year. 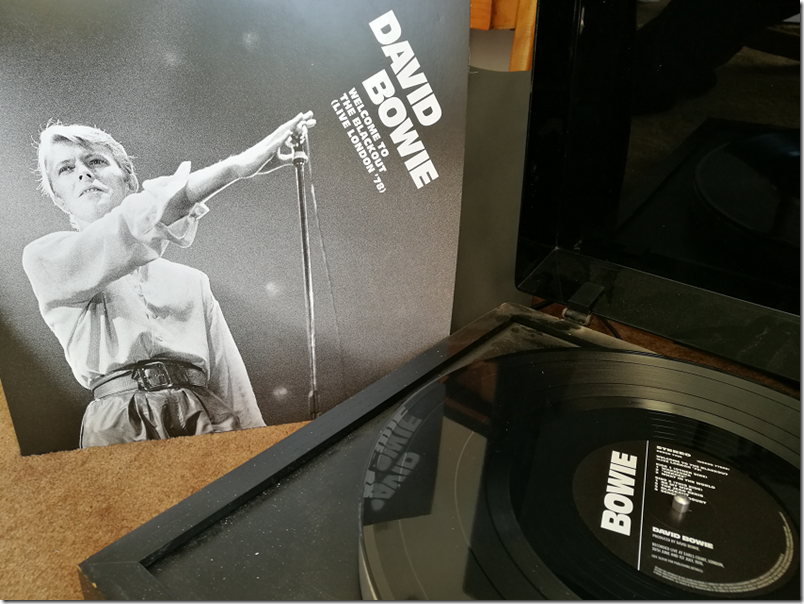 For me, the highlight this year was a 3LP David Bowie live release, called Welcome to the Blackout. Not least because it was recorded at Earls Court London on the evenings of 30 June and 1 July 1978, and well, I was there, at least on one of the nights (I am not sure which). I remember it was an amazing experience, and that the the set visuals including the vertical bars backdrop were stunning – apologies for the poor quality of the picture below, which is taken from here. 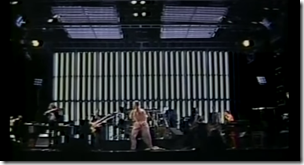 The Earls Court concerts were filmed by David Hemmings but the film was never released. However this might explain why the concerts were recorded by Tony Visconti and selected songs from the last two concerts were mixed by David Bowie and David Richards at Mountain Studios, Montreux between 17th and 23rd January 1979 (according to the sleevenotes). Two additional songs on Welcome to the Blackout, Sound and Vision and TVC 15, do not use Bowie/Richards mixes, perhaps because they were not selected at the time.

In 1978 David Bowie embarked on the ISOLAR II world tour, building on the release of Low and Heroes. The tour began in San Diego, March 1978, and ended in Tokyo, December 1978. Performances in Philadelphia in late April, and in Boston in early May, were recorded and formed the basis of the album Stage, first released in November 1978. Stage was originally just 17 songs, presented in a different order from that of the performance. In 2005 this was expanded to 20 songs, and the performance running order was restored, so that the opening track is the moody instrumental Warszawa. There was also a surround mix released on DVD Audio for a short time. Then in 2017 Stage was again reissued, now with 22 songs.

Since we already have Stage in so many guises, do we need Welcome to the Blackout? Having enjoyed this release for a couple of days, my answer is an emphatic yes. The Earls Court dates were at the end of the European leg of the tour, which did not resume until November in Australia. Bowie seems to be energised by this being in some sense the last concert of the tour and refers to this several times. He also performs two songs not on any version of Stage: Sound and Vision, and Rebel Rebel.

More important, the character of both the performance and the sound is different. There is simply more energy, and although the crowd noise is still mixed fairly low, it comes over as more of a live performance than the rather bland sound of Stage. We also get a longer Station to Station, under 9 minutes on Stage, and over 11 minutes here. 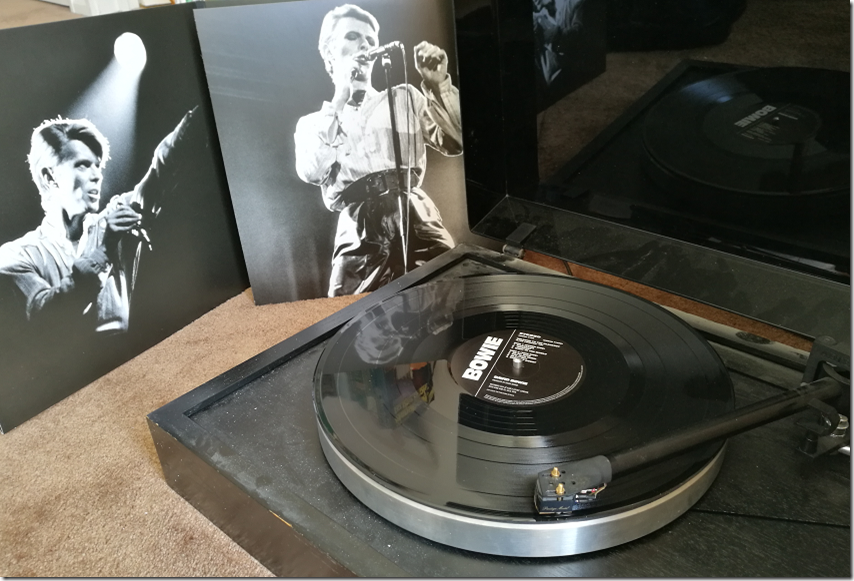 The band, the same one as for Stage, is outstanding:

I’ve compared several songs on Stage and Welcome to the Blackout. For example, the song Blackout itself, which is decently performed on Stage, is introduced here by Bowie saying hoarsely “Welcome to the Blackout”; the instrumentation at the beginning of the song is more menacing and engaging on the new release; the vocal is more frenetic and desperate.

In TVC 15, the opening loony voiceovers is louder and more distinct on Welcome to the Blackout; it sounds like the band is having a great time and the song is more fun to listen to.

Jean Genie is stunning on this album; the guitar growls and grinds, Bowie’s vocal is full of drama; it makes the Stage performance (only on the 2017 edition) sound tame.

Despite the occasional flub, I can’t find any instances where I prefer the Stage recording.

Of course the album is meant to be heard as a piece, and seems to me to be an excellent capture of one of Bowie’s best performances.

Having said that, this concert lacks the intensity of Bowie in 1974 or 1976. Bowie is more at ease here.

I was fortunate to catch Bowie in performance in 1978. His next tour was not until 1983, when we got a different kind of performance to support the more mainstream Let’s Dance album; and after that in 1987 with the unsatisfactory Glass Spider tour.

Finally a shout out to Ray Staff who mastered the album. On first listen he did a great job. I love the dynamics and the overall balance of the sound.

Recommended; and if you find the album hard to find at a sensible price, or don’t have a record player, there is no need to panic as it will probably be out on CD and download/streaming in a few months.

8 thoughts on “David Bowie: Welcome to the Blackout”