The distribution is called Amazon Linux 2 and includes the MATE desktop environment. 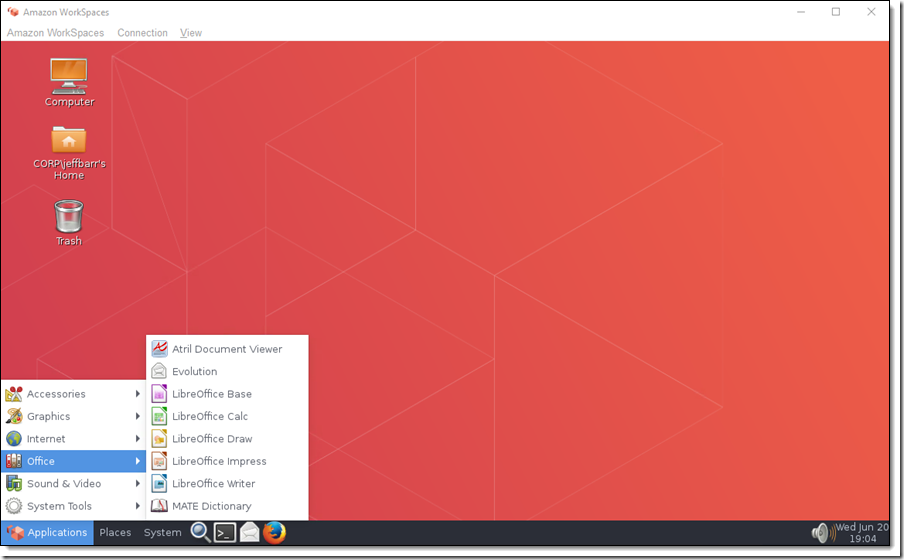 It seems that Amazon have developers in mind to some extent. Evangelist Jeff Barr (from whom I have borrowed the screenshot above) notes:

Still, there is no problem using it for any user for productivity applications; it works out a bit cheaper than Windows thanks to removing Microsoft licensing costs. Ideal for frustrated Google Chromebook users who want access to a less locked-down OS.