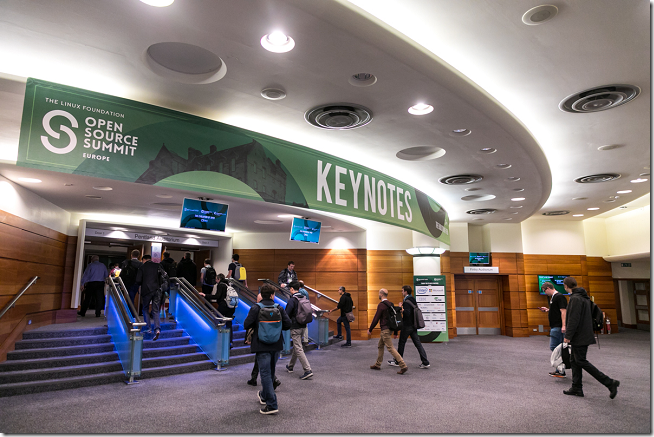 Microsoft has been a member for several years, but has now also signed up to the Open Invention Network (OIN), promising patent non-aggression to other licensees. It is a significant move which has boosted both the OIN and the Linux Foundation. 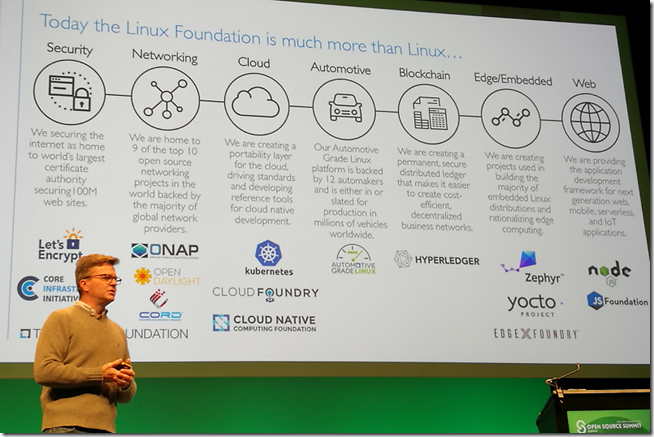 Keith Bergelt,, CEO of OIN, took the stage to congratulate Microsoft on “facing the reality of the world as it is.”

Another important recent event is the statement by Linus Torvalds, in which he apologises for brusque behaviour and says he is taking some time off Linux kernel development:

“I need to change some of my behavior, and I want to apologize to the people that my personal behavior hurt and possibly drove away from kernel development entirely. I am going to take time off and get some assistance on how to understand people’s emotions and respond appropriately.”

What are the implications for Linux? Nobody known; though LWN’s Jonathan Corbet spoke at this morning’s keynote to assure us that a new code of conduct in which kernel developers promise to be nicer to each other will be a good thing.

I interviewed Zemlin today and will post more from the event soon.