My son bought an HP laptop. He is a student and bought it for his studies. It was an HP ENVY – 13-aq0002na. It was expensive – approaching £1000 as I recall – and he took care of it, buying an official HP case. He bought it directly from HP’s site. A 3-year extended warranty was included. Here is how the HP Care Pack was described: 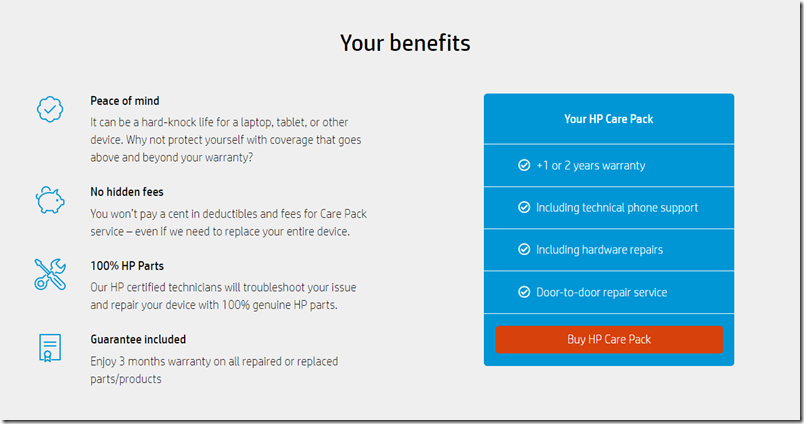 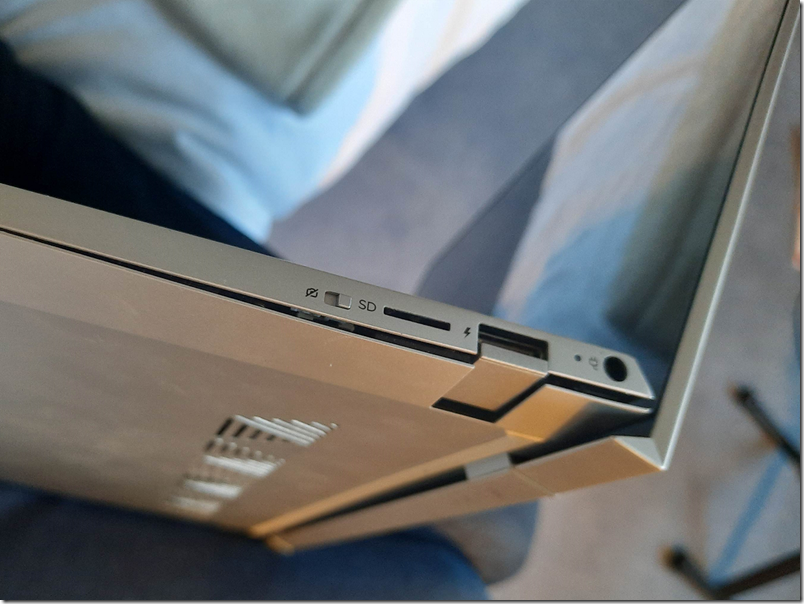 He was certain that it was a manufacturing defect. However he did not make a claim immediately, because he needed the laptop for his studies, and he knew he had a long warranty. (I think this was a mistake, but understand his position). The December vacation approached and he had time to have the laptop sorted so he raised the claim.

HP closed the case. He had a confusing conversation with HP who offered to put him through to sales for paid service, he agreed (another mistake) and ended up talking to someone who quoted hundreds of pounds for the repair, which he could not afford.

He attempted to follow up but had no success. He did engage with HP Support on Twitter who seemed helpful at first but ended with this: 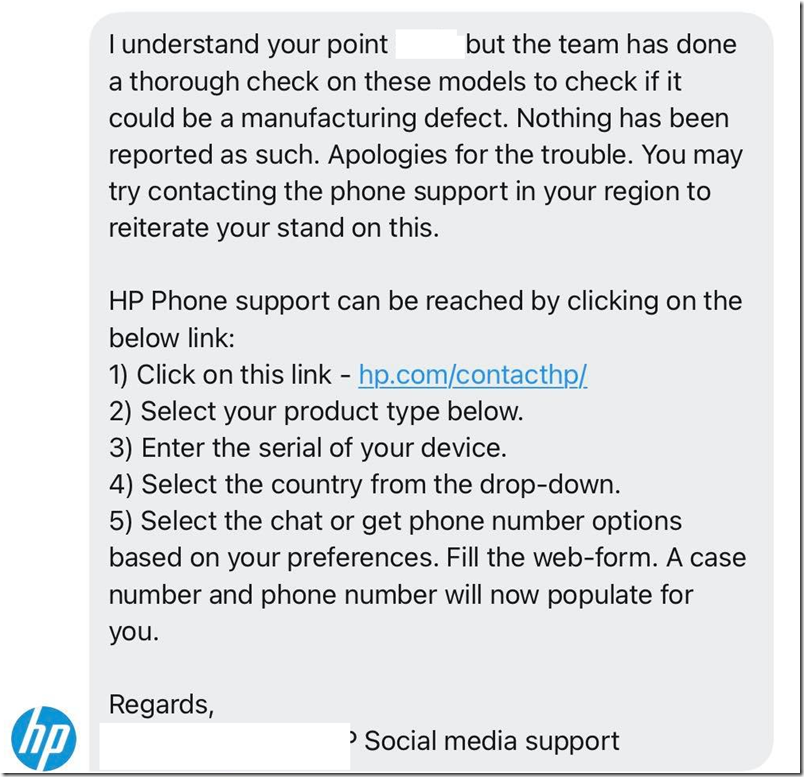 At no point did HP even offer to look at the laptop.

“The problem is absolutely not accidental damage or customer-induced – I’ve never dropped the laptop, and have always taken very good care of it (there are no marks on the chassis, for example). Whenever I’ve moved it around, it’s been in an HP case designed for the laptop. The problem emerged during normal use within eight months of me purchasing the laptop, and others have reported the same issue – for example, see this post on the HP forum:

The problem is the sole result of HP’s hinge design being inadequate. It’s therefore a manufacturing fault and should be covered by the care pack.” 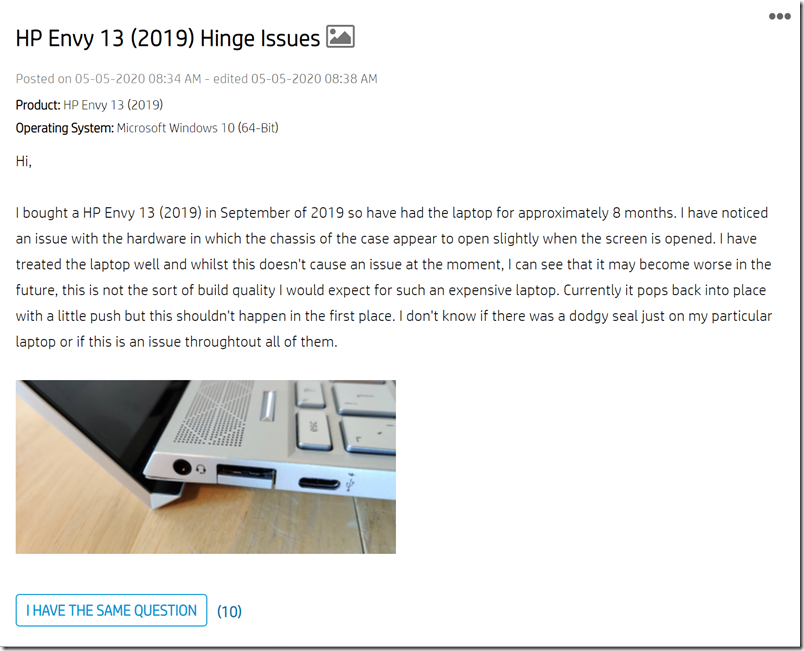 It is the same model. The same problem at an earlier stage. And 10 people have clicked to say they “have the same question”. So HP’s claim that “nothing has been reported” concerning a similar defect is false.

“I bought my HP Envy in 2017 for university, unfortunately that means it is now out of warranty. One of the hinges is loose and pops out of place every time I open the laptop”

“I purchased HP ENVY 13-aq0011ms Laptop in December 2019. After using about 1 year, (I treated it very gently all the time), the issue started: when the screen of the laptop is being moved to open/close, the chassis of the bottom case pops and split-opens”

“Just after 13 months of buying my new HP Envy and spending 1400£ for it, the right hinge broke. There were no falls/accidents”

My son did attempt to follow up with customer service as suggested but got nowhere.

He knows he could take it further. He could get an independent inspection. He could raise a small claim – subject to finding the right entity to pursue as that isn’t necessarily easy. But he found the whole process exhausting. He raised a claim which was rejected, he escalated it and it was rejected again. He decided life was too short, he is still using the broken laptop for his studies, and when he starts work and has a bit of money he plans to buy a Mac.

Personally I’ve got a lot of respect for HP. I have an HP laptop myself (x360) which has lasted for years. I was happy for my son to buy an HP laptop. I did not believe the company would work so hard to avoid its warranty responsibilities. I guess those charged with minimising the cost to the company of warranty claims have done a good job. There is a hidden cost though. Why would he ever buy or recommend HP again? Why would I?

Note: HP Inc is the vendor who supplies PCs and printers, like my son’s laptop. HP Enterprise sells servers, storage and networking products and is a separate company. None of the above has any relevance to HP Enterprise.

PS I posted a link to this blog on the HP support forum, where others are complaining about this issue. I was immediately banned.

2 thoughts on “HP unhinged, refuses to honour warranty on its defective laptop”