At an Adobe briefing last week I mainly ran Ubuntu Linux on my laptop. It seemed a good opportunity to ask Software Architect Kevin Lynch whether Adobe’s tools like Dreamweaver or the Flash IDE will ever support Linux:

We’re constantly looking at Linux as a platform for our applications. Our runtimes work on Linux; Flash Player runs on Linux; AIR will run on Linux. It may make sense to bring our tools there. There’s a relatively inexpensive way to bring tools to Linux called Wine. It’s not the best way to do it, but it kinda works. We’ve done that a couple of times with tools to see what the response is. Will people adopt them, do they care? We haven’t yet seen that momentum happen. But we’ll keep trying things occasionally, and if we start to see momentum, we’ll start investing more. Until then, we’ll stay at the runtime level. 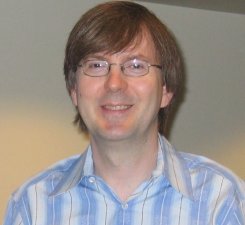 My comment: considering the limited adoption of desktop Linux, and the free software culture among many Linux users, I doubt Adobe is losing many sales because of its Mac/Windows tools policy. That could change, and the answer I got from Lynch was more positive than I had expected – though don’t expect a CS3 Linux release any time soon.

One thought on “Will Adobe’s tools ever run on Linux?”