I’m at Adobe Max 2010 where Star Trek actor William Shatner is presenting the “sneak peeks” for this year’s conference. These are demos of Adobe research which may or may not make it into a product. 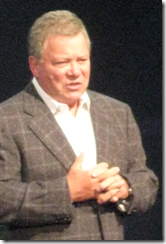 1. Rik Cabanier showed a tool called “Wallaby” which exported a Flash animation to HTML 5. We also saw an individual animated graphic extracted from the exported HTML and added to a web page. Finally, he showed the demonstration running on an iPad.

I would be glad to see Adobe work further on this concept.

2. Kevin Goldsmith demonstrated Pixel Bender 3D, generating animated 3D images using an extension of Pixel Bender shading, and running on the new “Molehill” 3D API in Flash Player. Pixel Bender is an existing Adobe shader technology. Even more impressive: the Pixel Bender 3D compiler has been converted to ActionScript so you can do this dynamically in Flash applications.

3. Anirudh Sasiikumar showed live Flex design and development. This is a live view in Flash Builder which compiles and runs code changed on the fly, reminiscent of Edit and Continue in Microsoft’s Visual Studio, though this looks even more seamless.

4. Dan Goldman showed Video Tapestry for finding a location within a video. The idea is that even showing selected frames does not give enough information, particularly if there is a lot of action. The video tapestry shows a continuous tapestry-like sequence, with the ability to zoom in and out, and pop-up key frames. This strikes me as both fun and useful. 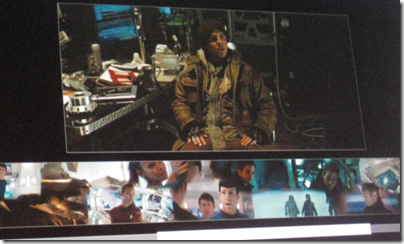 5. Sebastian Lans and Lalit Balchandani showed a tool for performance testing a .swf, a Flash movie file. You can see performance metrics frame by frame making it easier to find the cause of performance issues.

6. Shilpi Khariwal demonstrated ColdFusion doing dynamic adaption according to the client being used, and using location data from a mobile device. Not the most spectacular of demos but useful.

7. Sylvain Paris showed a Photoshop tool that applies the style and optionally the colours from one image to another. The tool is also able to fix camera shake to some extent.

8. David Durkee showed the Typography of Code.  The ides is that programmer’s editors do not take advantage of all ways you can use typography to make text easier to follow. Not sure about this one, though Durkee is correct: programmers generally put up with ugly layouts, and “pretty” generally just means getting the spacing, line breaks and indentation consistent. Would more advanced typography improve productivity, or just get in the way? 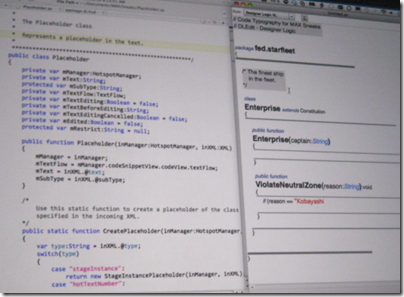 9. Hartmut Warncke demonstrated Noise to Meaning, analysis of an audio file to identify audio events – not text to speech, but “phone ringing”, “man speaking”, for example.

10. Tinic Uro showed Stage Video, which improves performance by extracting video to a separate layer than can be executed on the GPU. The consequence is much lower CPU usage. This will apparently come to all versions of the Flash Player, not just mobile.

There was some compelling stuff on show here, though some of the presentations, which are necessarily short, did not fully convey their significance.