Adobe has stepped up its support for mobile and Flash development with a couple of announcements today.

The first is that Dreamweaver 5.5, part of the new Creative Suite 5.5, has integrated support for PhoneGap. 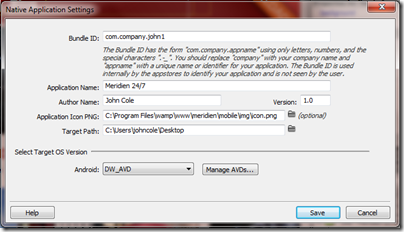 PhoneGap lets you build apps for Apple iOS and Google Android using HTML and JavaScript, taking advantage of the WebKit runtime that is present in these devices. The apps are packaged as native apps and also have access to some device-specific features. This does not mean Adobe is abandoning Flash, but is part of a both/and strategy, which makes sense to me.

There is also a new 4.5 version of Flash Builder which has greatly improved mobile support. 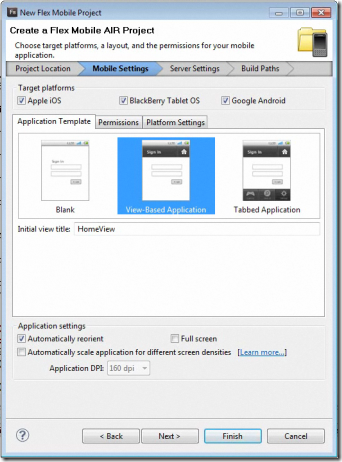 Flex 4.5 compiles to AIR apps on Android, Blackberry and iOS, as well as desktop Mac, Windows and Linux.

You can debug directly on an Android device connected via USB, or using a new emulator built into Flash Builder: 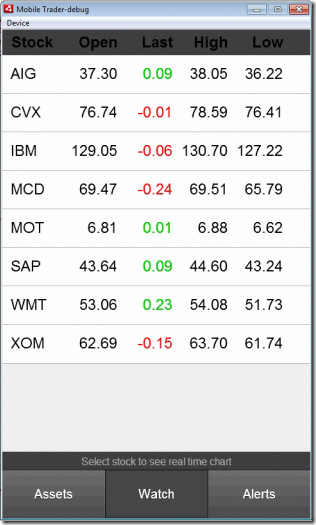 Adobe has also announced Flash Builder 4.5 for PHP, in partnership with Zend. A great feature is that you can debug seamlessly from PHP code on the server to Flex code running in a Flash client, provided you are using Zend server.

The new Flash Builder products will ship within 30 days. The premium edition is part of the Creative Suite 5.5 bundle – an improvement over Creative Suite 5.0 which only bundled the Standard edition – or available separately, while Flash Builder for PHP is a separate purchase at $399 or €319 for Standard, and $799 or €629 for Premium.

I asked Adobe’s Adam Lehman, Flash Builder produce manager, how developers should decide between PhoneGap and AIR for Mobile, given that both are now in Creative Suite.

They’re coming from two different technical perspectives. If you’re going to come in with your HTML skills and try to build an application that way, PhoneGap is better than trying to go and learn ActionScript and Flex from scratch. But from a performance and functionality perspective we believe we’re offering a lot better solution with Flash Builder and Flex.

The other part of it is that our tooling is superior. The sort of workflow that we showed [Design and develop with round-tripping between Flash Catalyst and Flash Builder] isn’t going to be available on the PhoneGap side with our tooling. Dreamweaver might be able to support different layouts and things like that, but it is not going to be a full-fledged IDE. What you’re getting with the AIR runtime and the full tooling stack is far superior that if you were building the HTML-based PhoneGap app. You can always tell a PhoneGap app, you can tell that it is running in an embedded browser. There’s tons of inconsistencies between the devices because the browsers are very different. There’s a lot of advantages to going AIR where you know that the design is going to look exactly the same. But while we love Flash we’re not zealous about it to ignore the fact that you can build with these other technologies as well.