Embarcadero has released a video (embedded at the foot of this post) previewing RAD Studio XE3, the next version of the application development suite which includes Delphi and C++ Builder.

Two big new features are Metropolis applications and an new HTML5 Builder tool which looks like a next-generation PHP Builder.

Metropolis – a neat name until Microsoft back-pedalled on the Metro designation for Windows Runtime apps – appears to be a framework for apps that look like Windows Runtime apps but in reality are not. At least, that is my presumption for “VCL Metropolis applications”. The VCL (Visual Component Library) is a Delphi framework (usable also in C++ Builder) which is tied to Windows and GDI, the old-style Windows graphics API, along with many other Win32 APIs. GDI does not work in the Windows Runtime. 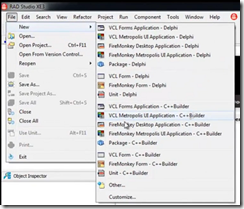 No matter, all we need is full-screen apps, touch input, and a don’t-call-it-Metro look and feel, and presto, Windows Runtime apps in all but name. They might even run on Windows 7. 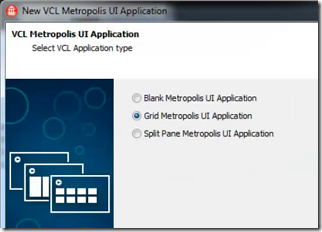 A glimpse at the controls. 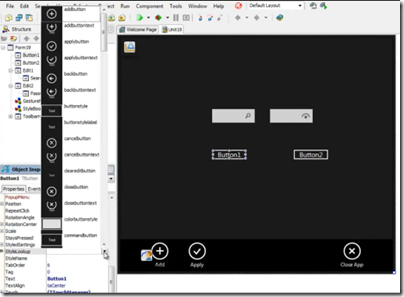 The big issue though is this: why would you want a desktop app to look like a Windows Runtime app? And will not users be mightily confused? 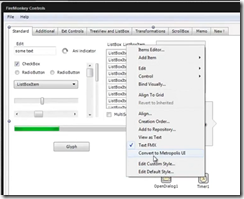 I do think Embarcadero needs absolute clarity here, which is notably lacking in this preview. There is no point in pretending that a Win32 app is a Windows Runtime app when it is not. I have asked for further information.

There is also a quick look at HTML5 Builder. 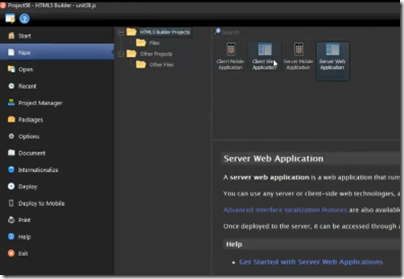 This tool targets server-side development with PHP, as well as apps for web,iOS,Android, Blackberry and Windows Phone. My guess is that there is PhoneGap/Cordova under the covers. I also saw some jQuery in the demo. 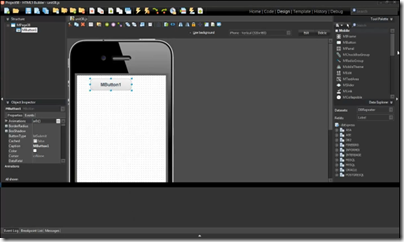 Here is a look at the CSS3 colour picker. 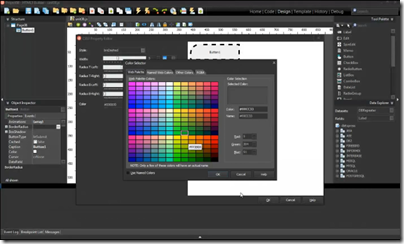 Update: looks like Embarcadero found a way to fake Live Tiles as well:

Metropolis applications are really traditional "desktop" applications styled to look like the Metro UI.
The TLiveTemplate component spawns a new process in the WinRT space which is is an actual WinRT LiveTile application. The LiveTile communicates with the Metropolis "desktop" backend via HTTP/REST to start/stop the application or update the LiveTile.

The screenshots are drawn from this video, or you can watch it on the Embarcadero site here.