Windows 8.1 is now released and you can upgrade for free from Windows 8.0. 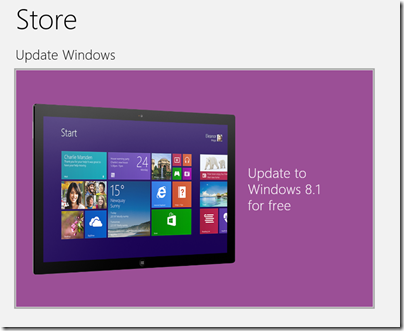 What is significant about Windows 8.1? This is something I have thought long and hard about. The problem with reviewing Windows 8/8.1 is all to do with its dual personality. You can review the details of the tablet or Metro or Windows Store side, but while these are interesting in their own way, the fact is that most users are in the desktop most of the time, so how much does it matter? Alternatively, you can review the desktop experience but frankly it’s hardly any different in Windows 8.1 than in Windows 8, and not that different in Windows 8 than in Windows 7 if you overcome the hump of “hey, where is my Start menu?” 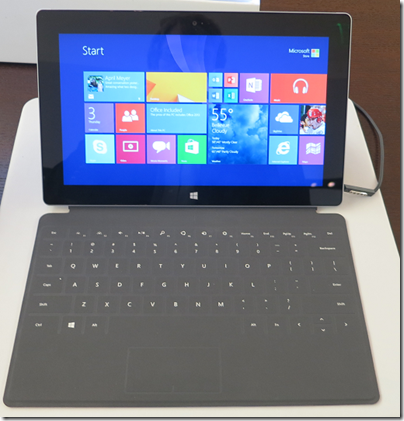 Let’s divide this then into two strands. One is the progress of Windows towards being a tablet OS, a Bring Your Own Device, a cloud-centric operating system, secure, apps installed from a curated store or corporate portal. This is the future Microsoft has in mind, and there is some progress. You can see this in refinements to the new UI, the Start menu/screen becoming more like Windows Phone where you pin your favourites to the main part and find the rest in an “all apps” view, and new business-oriented management features which work in concert with Server 2012 R2 and System Center R2, including Workplace Join, Work Folders, InTune device management, Information Rights Management, and the ability to set up a company portal.

Windows 8.1, together with the server updates, adds a lot in this area; and while in my opinion it is not yet fully baked, you can see the pieces coming together and I think it will get there.

The second strand though is about the general user? This is where all the noise is. Microsoft managed to alienate a large part of its core user base with Windows 8.0, accelerating (ironically) the decline of PC sales (though they would have declined to some degree anyway).

I can say though that Windows 8.1 does much more to help users over that hump. The restored Start button is the thing that represents that shift, returned by user demand, even if it is not the Start menu of old. I use it all the time, though mostly with right-click for quick access to the admin menu and shutdown option.

My view is that Windows 8.1 is easy enough for Windows 7 users that you could reasonably upgrade one of those “just let me get on with my work (or play)” users without too much stress. This was not the case with Windows 8.0.

I think those users should upgrade too, where possible. Windows 8 and 8.1 are real upgrades, even for desktop users. Things I would miss if I had to go back to 7 include faster boot, improved file copy dialog, improved task manager, and slightly better performance overall.

The two strands begin to come together if you go out and get a tablet. Even if you use the desktop most of the time, with keyboard and touch control or mouse, you find yourself dipping into the Modern UI some of the time, for web browsing or mail or Twitter at the times when you are using your tablet as a tablet and a keyboard would get in the way.

It is worth mentioning that most of the new wave of Windows 8 tablets are not hybrids with twist keyboards. Some are conventional laptops or ultrabooks of course, but there are also tablets with removable or optional keyboards, a better approach that lets you use Windows 8.1 as designed.

Does that make Windows 8.1 a huge success for Microsoft? It’s doubtful. I took a light-hearted look at attitudes to Windows 8 here and it was a way of explaining that for a lot of users Windows 8 just is not on their wish-list, no matter how good it may be.

The best outcome now is that Windows 8.1 starts to gain traction in business and among consumers, driving a stronger app ecosystem, and gradually greater use of the tablet side. Then the point comes where Windows and Windows Phone merge to the point where there is a single development platform, and the third ecosystem that former Nokia CEO Stephen Elop used to talk about becomes a reality.

I can see this happening, particularly in business where Office 365 is taking off, presuming Microsoft manages to makes Windows devices the best partners for its cloud services while still supporting others.

On the other hand, the idea that a resurgent Windows will beat off iPads and Androids and become a mainstream tablet for consumers is fanciful. Microsoft is too late, the usability still is not there, the app ecosystem is too far behind, and prices versus Android are too high.

All speculation; but if you are a Windows user, you should not hesitate to upgrade to Windows 8.1.

One thought on “Windows 8.1: now good enough that it is ready for general use”