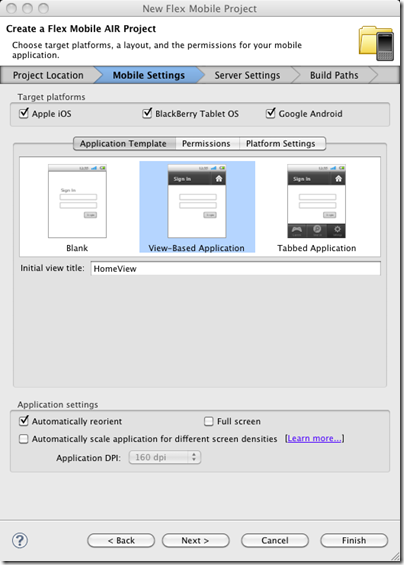 Although Apple iOS support in Flash Builder was announced when Creative Suite 5.5 was released, it has only now been made available. I will be testing the new support shortly so check back soon. In my simple cross-platform test app, mobile AIR was one of the better performers on Android, so if performance is good on iOS as well this will prove a useful tool.