Salesforce.com has made a host of announcements at its Dreamforce conference currently under way in San Francisco. In brief: 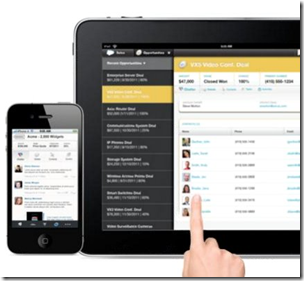 Other announcements include the general availability of database.com, a cloud database service announced at last year’s Dreamforce, and a new service called Data.com which provides company information though a combination of Dun and Bradstreet’s data along with information from Jigsaw.

I spoke to EMEA VP Tim Barker about the announcements. Does Java on Heroku replace the VMForce platform, which lets you run Java applications on VMWare using the Spring framework plus access to Salesforce.com APIs? Barker is diplomatic and says it is a developer choice, but adds that VMForce “was an inspiration for us, to see that we needed Java language on Heroku as well.”

My observation is that since the introduction of VMForce, VMWare has come up with other cloud-based initiatives, and the Salesforce.com no longer seems to be a key platform. These two companies have grown apart.

For more information on Java on Heroku, see the official announcement. Heroku was formed in part to promote hosted Ruby as an alternative to Java, so this is a bittersweet moment for the platform, and the announcement has an entertaining analysis of Java’s strengths and weaknesses, including the topic “How J2EE detailed Java”:

Naturally the announcement goes on to explain how Heroku has solved this mismatch. Note that Heroku also supports Clojure and Node.js.

What about Database.com, why is it more expensive than other cloud database services? “It is a trusted platform that we operate, and not a race to the bottom in terms of the cheapest possible way to build an application,” says Barker.

That said, note that you can get a free account, which includes 100,000 records, 50,000 transactions per month and support for three enterprise users.

What are the implications of the HTML5-based Touch.salesforce.com for existing Salesforce.com mobile apps, or the Flex SDK and Adobe AIR support in the platform? “We do have an existing set of apps,” says Barker. “We have Salesforce mobile which supports Blackberry, iOS and Android. We also have an application for Chatter. Native apps are an important part of our strategy. But what we’ve found is that for customer apps and for broad applications, to be able to deliver all the functionality, we’re finding the best approach is using HTML 5.”

The advantage of the HTML5 approach for customers is that it comes for free with the platform.

As for Adobe AIR, it is still being used and is a good choice if you need a desktop application. That said, I got the impression that Salesforce.com sees HTML5 as the best solution to the problem of supporting a range of mobile operating systems.

I have been following Salesforce.com closely for several years, during which time the platform has grown steadily and shown impressive consistency. “We grew 38% year on year in Q2,” says Barker. This year’s Dreamforce apparently has nearly 45,000 registered attendees, which is 50% up on last year, though I suspect this may include free registrations for the keynotes and exhibition. Nevertheless, the company claims “the world’s largest enterprise software conference”. Oracle OpenWorld 2010 reported around 41,000 attendees.