Amazon made some big announcements at its re:Invent conference last week. 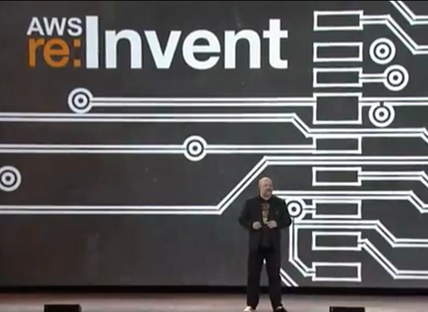 The two I find most interesting are in virtualisation. The company announced two new virtualisation services, in preview. AppStream is application virtualisation. You install a streaming client, available for Windows, iOS, Android and Kindle/FireOS (Amazon’s version of Android). The developer deploys a Windows app to Amazon’s cloud, and users stream it. There is a client API, but you can have the app run entirely in the cloud. There is also an Entitlement Service for authenticating users. Nothing new about the concept, but if Amazon does its usual fine job of engineering this is potentially attractive for businesses who want the benefit and continuity of Windows desktop applications but without being tied to Windows desktops or laptops.

You can go further with WorkSpaces, which is full desktop virtualisation. Users run Windows Server 2008 made to look like Windows 7. You get 1 virtual CPU, 3.75GiB RAM, 50GB storage (a GiB is fractionally larger than a GB) for $35 per user/month, or with Office includes, $50 per user/month.

WorkSpaces run on an instance of Amazon’s Virtual Private Cloud which means you can use it as an extension of an on-premise network and use Active Directory, Group Policy and so on. Amazon is messing with our minds here, since everyone else uses “private cloud” to mean a cloud that runs on premise, but Amazon’s VPC runs on Amazon’s public cloud.

There were other announcements too, like CloudTrail for logging AWS API calls.

What impresses me about Amazon’s cloud services is the pace of development and a continuing commitment to something like commodity pricing. It is this last point that some commentary I see tends to miss, when comparing Amazon to IBM, Microsoft and others. Keen pricing is part of Amazon’s business philosophy, and from what I can tell the company runs a leaner operation, in terms of the numbers of marketers and middle managers, than its competitors. It also leaves plenty of space for partners, since these are web services on which you can build what you want.

Most of us use Amazon without realising it, via other services which use the platform, Netflix being a well-known example.

Now Amazon is making a strong push into corporate computing and I can only see it continuing to grow.