Here is a must-read for Microsoft watchers. Two days ago a former design lead on the Office on Windows Phone team turned up on Reddit and said I designed the new version of Office for Windows Phone. Ask me anything. 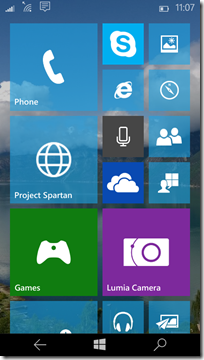 The overall theme is that Microsoft did not get the design of Windows Phone quite right and is changing it; that Windows 8 was even worse; and that Windows 10 just might begin to pull it all together at last, though the company is also consciously moving away from a Windows-centric view. The Windows, Windows Phone and Office teams are now working together for the first time, we are told:

Windows didn’t believe in working well with others, certainly not that dumb upstart Windows Phone team.

Office believed it was the greatest software on earth, and didn’t get along with Windows.

Windows Phone was pretty proud of itself despite its middling marketshare. Too proud.

So now when these three teams got together to do something for the good of Microsoft, and the good of customers, there was a ton of ego in the way. Windows believed in the Windows way. Windows Phone believed their way. Office was like "fuck all y’all, we’re Office."

The new situation at the company is way better. People actually do care about working together in a way I hadn’t historically seen in my short time there. (or read about in many MS history books)

So I wouldn’t say Windows Phone caused the shift. You know what did? Sinofsky leaving, Windows 8 being a failure, Windows Phone failing to gain significant traction, and then Ballmer leaving.

They basically had to start working together. And it’s cool to see.

Here are a few more things that caught my eye. There are long discussions about the “hamburger” menu, three lines appearing at top left of many new apps where it is hard to reach if you are using the phone with one hand:

Don’t get me wrong, this is clearly a tradeoff. Frequently used things have to be reachable, even one-handed. But hamburgers are not frequently used, and one-handed use is not ironclad. Combine those two factors together and you see why the industry has settled on this standard. It wasn’t random.

From a developer perspective, the key insight here is that hamburgers are not frequently used. In other words, do not design your app so that users will have to reach constantly for the hamburger menu. Reserve it for stuff that is only needed occasionally.

Why is Microsoft appearing to prioritise iOS and Android over Windows, for example with Office?

When Ballmer saw the iPad version of Office, he reportedly said something like "you’re killing me." It was so fucking good. Way better than anything on any other platform. It leveraged a bunch of iOS stuff in a really good way, but it was still "unmistakably Office," as they say.

Ballmer knew it was good. And he knew the company’s other efforts were years and years out. And he iced it. Because his mentality, and what I’d call dogma, was that Windows had to be first. At all costs.

Good riddance. It was an outdated philosophy.

… The way Microsoft wins the long term war is to remind people where they’re strong. And no, it’s not through withholding Office on iOS. Not anymore. The ship sailed on Ballmer’s watch

I would love to know the date when Ballmer “iced” Office for iPad.

What was wrong with the design of Window Phone?

When Steve Jobs came back to Apple, he said he was going to save the company by reminding people of Apple’s sex appeal. He described colored plastics and technology as fashion. And the board thought "uh-oh, this guy is going to drive us into a ditch."

But from "Bondi Blue iMacs" and "OS X has an interface you just want to lick" you’ll notice their design went more and more subdued over the last 15-20 years. It’s because you need to shock people at first, then you get back to being more practical.

Metro had to shock people. It had to look like its own thing. And it did that really well. Pivots, panos, big text, black everywhere, it looked like art. And more than that it looked different. Something to witness. Steve Jobs even gave kudos to the Windows Phone design team! He said something like "I mean, it’s still clearly a v1, but it’s really beautiful." And he was right.

So what would I change?

In another post, there is a discussion of the difficulty with the back button. “when back is good, it’s good. But when it’s bad (from a user experience standpoint) it’s really bad.”

Here is another insight:

The stark look of Windows Phone seemed to turn off more people than fell in love with it. I know here in this forum we’re all fans but in the mainstream marketing was only one problem. Apps was another. But the biggest one was lack of relevance. People didn’t understand why they should care. A lot of people said it looked like a nice phone, but it wasn’t for them.

Despite the criticisms, the ex-Microsoft designer (who now works for Twitter) is optimistic, saying “I do have a lot of hope for Universal apps. It’s not a magic bullet, but given enough time for the system to mature, and the business support, and new initiatives, I see rosy days ahead.”

Microsoft may be well positioned for “the next big shift”:

Look beyond just Windows. Just make amazing software. Get back some relevance that was lost. 2) Of course keep competitive with hardware, and keep improving WP. 3) Then, a few years out, when the market experiences another big shift (it’s not a matter of if but when) I suspect MS’s strength as a multi-OS developer + cloud leader will help Windows regain a ton of relevance

Fascinating stuff, though note the disclaimer:

I have no idea what I’m talking about. I’m one designer and I don’t work at MS anymore.