I was asked to look at a case where a user could not log in to Dynamics CRM. This is an internet-facing deployment which uses ADFS (Active Directory Federation Services). The user put in valid credentials but received a 401 – unauthorized: Access is denied due to invalid credentials.

The odd thing from the user’s perspective is that everything worked fine on other PCs; but switching web browsers did not fix it.

I noticed that Kaspersky anti-virus was installed. 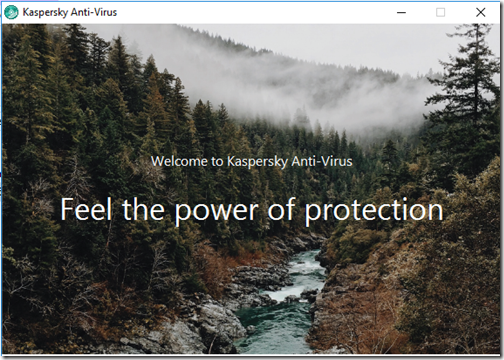 Pausing Kaspersky made no difference to the error. However I came back to this after eliminating some other possible problems. I noticed that if you looked at the certificate on the ADFS site it was not from the site itself, but a Kaspersky certificate. 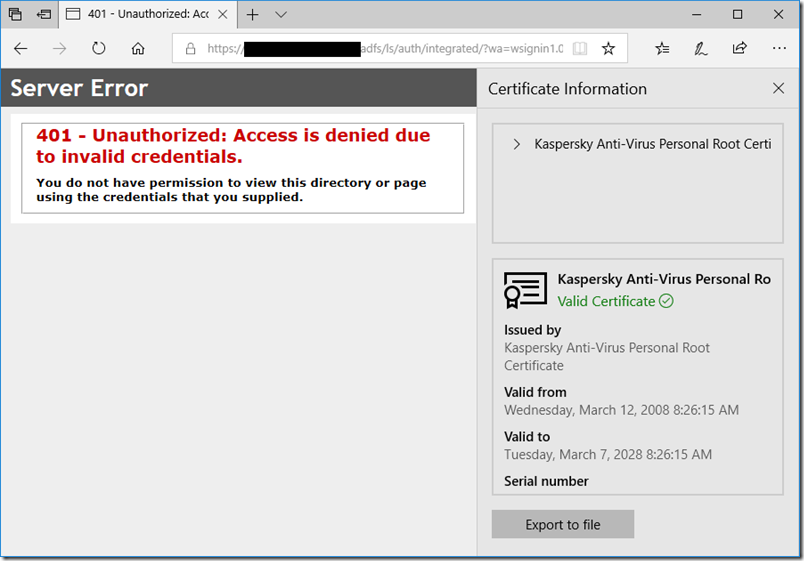 The reason for this is that Kaspersky wants to inspect encrypted traffic for malware.

I understand the rationale but I dislike this behaviour. Your security software should not hide the SSL certificate of the web site you are visiting. Of course it is particularly dislikeable if it breaks stuff, as in this case. I found the setting in Kaspersky and disabled both this feature, and another which injects script into web traffic (though this proved not to be the culprit here), for the sake of Kaspersky’s “URL Advisor”).

Personally I feel that encrypted traffic should only be decrypted in the recipient application. Kaspersky’s feature is an SSL Man-in-the-Middle attack and to my mind reduces rather than increases the security of the PC. However you made the decision to trust your anti-virus vendor when you installed the software.

There are other anti-virus solutions that also do this so Kaspersky is not alone. As to why it breaks ADFS I am not sure, but regard this as a good thing since the user’s SSL connection is compromised. 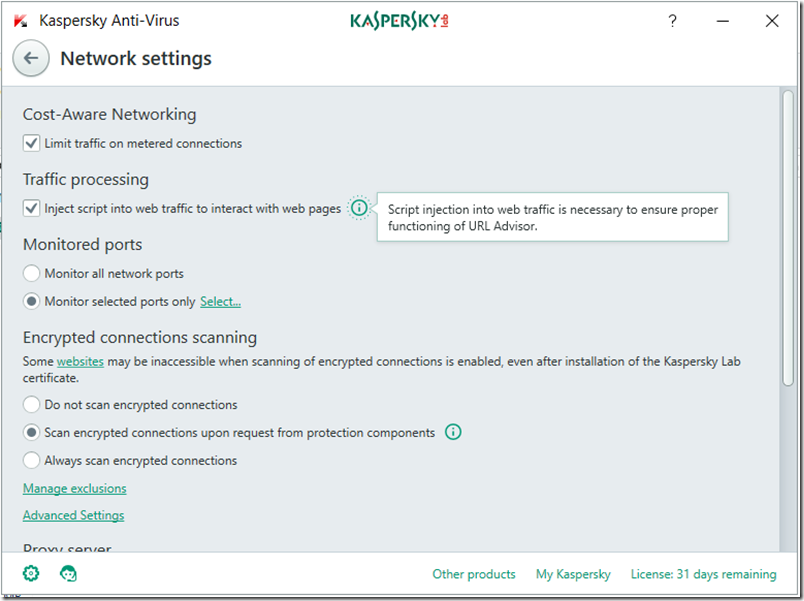 As it turns out, it isn’t essential to disable the feature entirely. You can simply set an exclusion for the ADFS site by clicking Manage exclusions.

Posted here in case others hit this issue.