Included in today’s SP1 announcement at TechEd is the news that remote desktop sessions to Hyper-V virtual machines will support USB devices as well as the hardware accelerated graphics already announced back in March, in a feature called RemoteFX. The combination means you could be using a remote desktop and still be able to attach USB devices, play games, view HT video, or use graphically demanding applications like Autocad. In other words, it narrows the performance gap between a full desktop or laptop PC, and a thin client with everything running on a remote server.

The downside to this idea is that it requires a high-end graphics card or cards – in particular, lots of video RAM – on the Hyper-V host server. Most servers have low-end graphics cards, because until now there has been little use for them. Nothing comes for free; and it takes more server capacity and more bandwidth to support this kind of remote session. Lightweight sessions using the old Terminal Services model are far more efficient.

Still, you could adopt a hybrid approach and only give users full-featured desktops if they actually need them; and both server power and available bandwidth will increase over time as technology impresses. The implication is that thin clients might get more attention, with the possibility of running all or most of your desktops on the server.

We were told that the prototype thin client device from ThinLinX, demonstrated at TechEd, uses only around 3 watts. 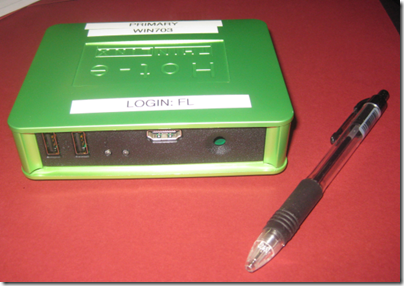 The load on server RAM is mitigated by another SP1 feature in Hyper-V: dynamic memory. You can specify a minimum and maximum for each VM, and the available physical RAM will be allocated dynamically according to load, and the priority you set. 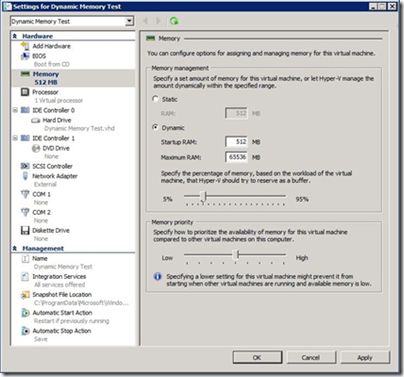 Could thin client Windows stage a comeback? I’d like to see figures showing the real-world cost savings; but it looks plausible to me.