Now that Logitech has near-abandoned the Squeezebox (the one remaining player is the UE Smart Radio, and even that is not quite a Squeezebox client unless you download different firmware), existing users may be concerned for the future of the system.

Squeezebox consists of free server software which runs on a PC or NAS (Network Attached Storage) device, while the players are supplied by Logitech and controlled by a web app or smartphone/tablet app. Although more fiddly to set up than rivals like Sonos, Squeezebox is a strong choice for multi-room audio at a modest choice, and its community has come up with solutions such as support for high-resolution audio.

The latest community innovation is a project to make a Raspberry Pi into a Squeezebox client. piCorePlayer is delivered as an image file which you can write to an SD card. Pop the card into a Raspberry Pi, supply power, and it is ready to go – meaning that you need no longer worry about getting hold of a Squeezebox player. 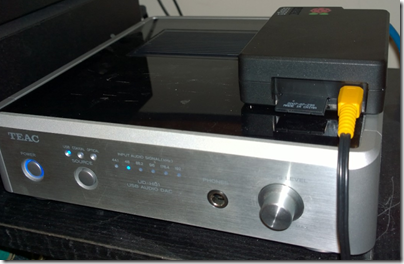 The OS is the MicroCore version of Tiny Core Linux, and the player is Triode’s Squeezelite.

I gave this a try. It was almost very easy: my Pi booted successfully from the piCorePlayer image and was immediately recognised by my Logitech Media Server. The player supports output to the built-in audio jack, or HDMI, or a USB DAC, or an add-on DAC for the Raspberry Pi called HifiBerry.

I am using a USB DAC (Teac UD-H01) which requires a little extra configuration. I logged in to the piCorePlayer using Putty, and typed picoreplayer to display the configuration menu:

Configuring a USB DAC is a matter of getting a list of available ALSA devices and setting the output accordingly.

It worked, but oddly I found that FLAC in 16/44.1 format played with crackling and distortion. 24-bit files played perfectly. 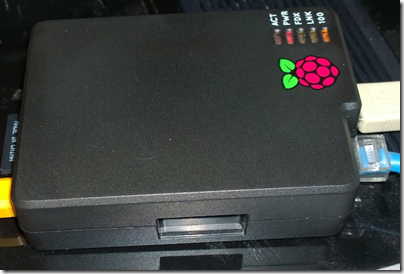 The only solution I have found (though it sounds counter-intuitive) is to force output to 16-bit by adding –a 40::16 to the Squeezelite arguments. Everything now plays nicely, though limited to 16-bit – you are unlikely to notice much difference but it is a compromise.

If you try piCorePlayer, here are a few tips.

The Squeezelite executable is stored at:

and the settings scripts are in

If you need to edit the configuration without the script, you can use vi, which is the only pre-installed editor I have found. Quick start with vi:

There are plenty of vi tutorials out there if you need to know more!

Finally, note that this version of Linux runs in RAM. If you make changes they will not persist unless you create a “backup” with

This is also an option in the picoreplayer menu, and must be used if you want your changes to survive.