I’m setting myself up for Android development, and my HTC Desire arrived today. It is a lot of fun, though I have had a few hassles, partly because my device is locked to Orange and of course I wanted to upgrade to Android 2.2 “Froyo” right away. There are also a few issues with the Orange branding on a Desire, including the absence of Google Talk and applications like Orange Maps that you probably will not use. I went through a series of steps to unbrand the phone and install Android 2.2.

It is an odd situation, where mobile operators work hard at adding their branding and applications to the device, only for canny users to work out how to remove them. Branding also delays updates. If Android is updated, the operator has to receive the updated operating system image from the phone manufacturer, HTC in this case, add its customizations, and then apparently sent it back to HTC for packaging.

My guess is that if an operator decided to ship the standard Android image it would be a selling point and attract more customers. I even have a catchy name to offer: “Naked Desire”. How about it?

Still, all went well with my hacks; and eventually I was up and running with Android 2.2 and of course Flash 10.0: 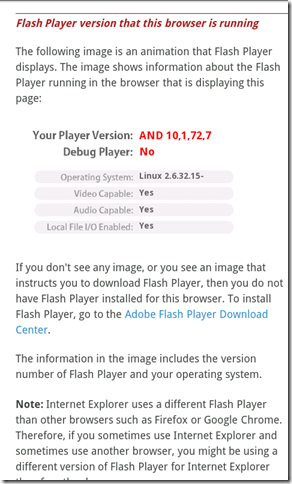 That said, I had an annoying issue with Android Market. I selected an application, it would appear to start installing, but stuck on “Starting download” or “Downloading” with no actual progress.

It turns out this is a common problem – see here for one of many discussions. A popular fix is to change your account from someone@gmail.com to someone@googlemail.com, but this did not apply to me. I discovered the reason, which is that my wifi is behind Microsoft’s ISA Server. Android Market requires TCP outbound connections on port 5228. I configured ISA accordingly, and after cancelling and restarting the downloads they succeeded.

Finally, I wanted a screen grab or two to decorate this post. I used the method described here, fine for developers but not ideal for casual users. 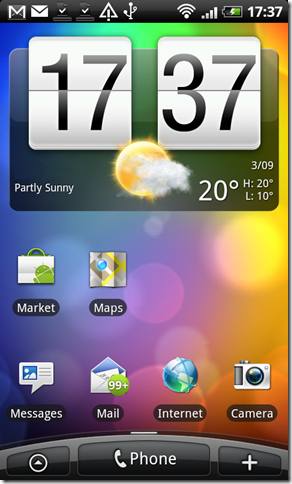 3 thoughts on “Getting started with Android – a few hassles”