Google’s App Inventor is a visual and mostly browser-hosted development environment for Android. There is a design tool: 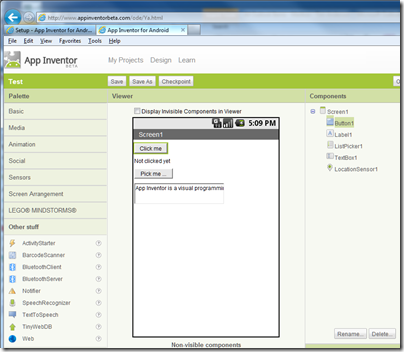 and a "Blocks Editor” which lets you create program logic using visual blocks: 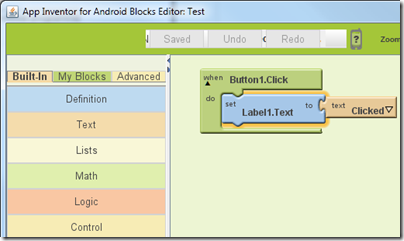 App Inventor is a great concept but in practice most developers find it easier to use more traditional tools to code their applications. Earlier this year Google said that App Inventor would close, but that the code would be open sourced in partnership with MIT Media Labs. This is a kind of homecoming, since it was Professor Hal Abelson at MIT who proposed it as a project while on sabbatical with Google in 2008.

Google now says, in an email to App Inventor users:

Sometime in the first quarter of 2012, the Center plans to provide an App Inventor service for general public access, similar to the one Google is currently running.

Since App Inventor will continue running at Google until December 2011, this may mean only a short interval during which App Inventor will be unavailable. There will be no migration of projects though, so you have to download any existing projects and later upload them to the new service.

App Inventor is inspired by Scratch, an existing open source MIT project which is used to good effect in education.

3 thoughts on “Google App Inventor not dead, MIT to offer public service in 2012”