I wanted to test an app on Surface RT this morning, though I am out of the office with just a Samsung Slate (has Visual Studio), the Surface, and hotel wi-fi.

You can do remote debugging on Surface RT as explained here, however you need a private network.

I set up an ad-hoc network from the Samsung Slate as described here:

This allowed me to connect the Surface RT to a private network with the Slate.

Next, I needed to download and install the remote debugging tools for ARM from here.

The solution was to disconnect, connect to the internet, then install the developer license using PowerShell. Run show-windowsdeveloperlicenseregistration from an elevated PowerShell window.

Then I returned to the private network and was able to launch my beautifully designed test app: 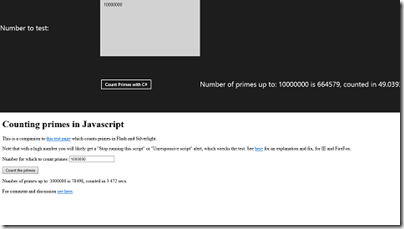 Note that for the actual test I did not run the app attached to Visual Studio. Rather, I deployed in release mode and then ran separately, to avoid the slowdown from the debugger. Once deployed, the test app remains in the Start screen for launching.