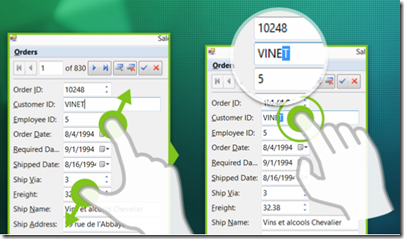 One thought on “ComponentOne’s TouchToolkit for Windows Forms: another approach to the Windows tablet problem”