Microsoft’s Azure Stack is a pre-configured, cut-down version of Microsoft’s mighty cloud platform, condensed into an appliance-like box that you can install on your own premises. 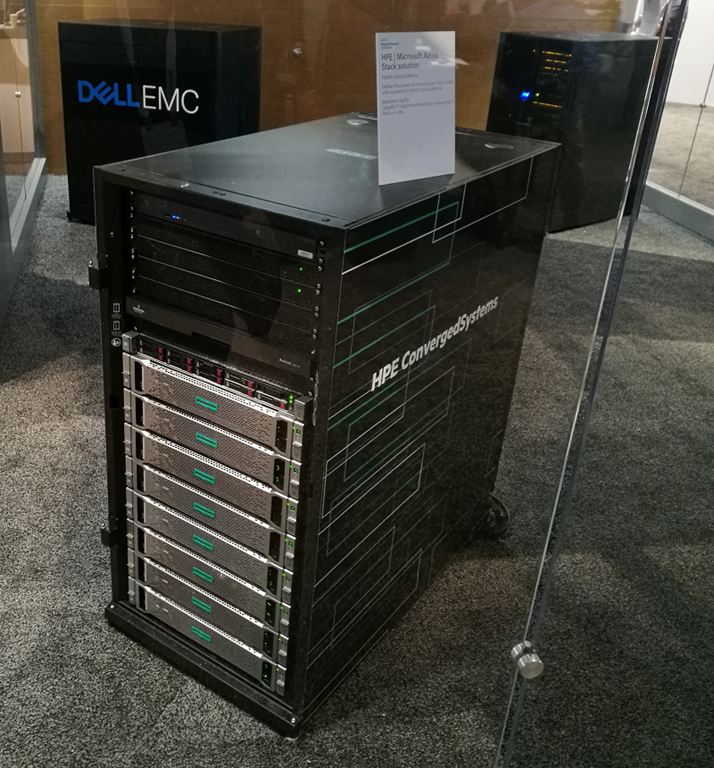 Azure Stack is not just a a new way to buy a bunch of Windows servers. Both the technical and the business model are different to anything you have seen before from Microsoft. On the technical side, your interaction with Azure Stack is similar to your interaction with Azure. On the business side, you are buying the hardware, but renting the software. There is no way, according to the latest pricing and licensing guide, to purchase a perpetual license for the software, as you can for Windows Server. Instead, there are two broad options:

In this model, you buy software services on Azure Stack in exactly the same way as you do on Azure. The fact that you have bought your own hardware gets you a discount (probably). The paper says “Azure Stack service fees are typically lower than Azure prices”.

This has the merit of being easy to understand. It gets more complex if you take the additional option of using existing licenses with Azure Stack. “You may use licenses from any channel (EA, SPLA, Open, and others),” says the guide, “as long as you comply with all software licensing and product terms.” That qualification is key; those documents are not simple. Let’s briefly consider Windows Server 2016 Standard, for example. Licensing is per core. To install Windows Server 2016 Standard on a VM, you have to license all the cores in the physical server, even if your VM only has one virtual CPU. The servers in Azure Stack, I presume, have lots of cores. Even when you have done this, you are only allowed to install it on up to two VMs. If you need it on a third VM, you have to license all the cores again. Here are the relevant words:

Oh yes, and once you have done that, you need to purchase CALs as well, for every user or device accessing a server. Note too that on Azure Stack you always have to pay the “base virtual machine” cost in addition to any licenses you supply.

This is why the only sane way to license Windows Server 2016 in a virtualized environment is to use the expensive Datacenter edition. Microsoft’s pay-as-you-use pricing will be better for most users.

This is your other option. It is a fixed annual subscription with two variants:

The Capacity Model is only available via an Enterprise Agreement (500 or more users or devices required); and you still have to bring your own licenses for Windows Server, SQL Server and any other licensed software required. Microsoft says it expects the capacity model to be more expensive for most users.

There are two ways to use SQL Server on Azure. You can use a SQL database as a service, or you can deploy your own SQL Server in a VM.

The same is true on Azure Stack; but I am not clear about how the licensing options if you offer SQL databases as a service. In the absence of any other guidance, it looks as if you will have to bring your own SQL Server license, which will make this expensive. However it would not surprise me if this ends up as an option in the pay-as-you-use model.

It is worth noting that costs for both Azure and Azure Stack come way down if you use free software, such as Linux rather than Windows Server, and MySQL rather than SQL Server. Since Microsoft is making strenuous efforts to make its .NET application development framework cross-platform, that option is worth watching.

You will have to get support for Azure Stack, since it is not meant to be user-serviceable. And you will need two support contracts, one with Microsoft, and one with your hardware provider. The hardware support is whatever you can negotiate with the hardware vendor. Microsoft support will be part of your Premier, Azure or Partner support in most cases.

When Microsoft embarked on its Azure project, it made the decision not to use System Center, its suite of tools for managing servers and “private cloud”, but to create a new way to manage servers that is better automated, more scalable, and easier for end-users. Why would you use System Center if you can use Azure Stack? Well, one obvious reason is that with Azure Stack you are ceding a lot of control to Microsoft (and to your hardware supplier), as well as getting pushed down a subscription path for your software licensing. If you can handle that though, it does seem to me that running Azure Stack is going to be a lot easier and more productive than building your own private cloud, for most organizations.

This presumes of course that it works. The big risk with Azure Stack is that it breaks; and your IT administrators will not know how to fix it, because that responsibility has been outsourced to your hardware vendor and to Microsoft. It is possible, therefore, than an Azure Stack problem will be harder to solve than other typical Windows platform failures. A lot will depend on the quality control achieved both by Microsoft, for the software, and its hardware partners.

Bottom line: this is the iPad of servers. You buy it but don’t really control it, and it is a delight to use provided it works.