Which is better for massively parallel computing, a GPU accelerator board from NVidia, or Intel’s new Xeon Phi? On the eve of NVidia’s GPU Technology Conference comes a paper which Intel will enjoy. Erik Sauley, Kamer Kayay, and Umit V. C atalyurek from the Ohio State University have issued a paper with performance comparisons between Xeon Phi, NVIDIA Tesla C2050 and NVIDIA Tesla K20. The K20 has 2,496 CUDA cores, versus a mere 61 processor cores on the Xeon Phi, yet on the particular calculations under test the researchers got generally better performance from Xeon Phi.

In the case of sparse-matrix vector multiplication (SpMV):

and in the case of sparse-matrix matrix multiplication (SpMM):

The K20 GPU is often more than twice faster than C2050, which is much better compared with their relative performances in SpMV. The Xeon Phi coprocessor gets
the best performance in 14 instances where this number is 5 and 3 for the CPU and GPU configurations, respectively. Intel Xeon Phi is the only architecture which achieves more than 100GFlop/s.

Note that this is a limited test, and that the authors note that SpMV computation is known to be a difficult case for GPU computing:

the irregularity and sparsity of SpMV-like kernels create several problems for these architectures.

They also note that memory latency is the biggest factor slowing performance:

At last, for most instances, the SpMV kernel appears to be memory latency bound rather than memory bandwidth bound

Still, this is a real-world test that, if nothing else, demonstrates that in the right circumstances the smaller number of cores in a Xeon Phi do not prevent it comparing favourably against a GPU accelerator:

When compared with cutting-edge processors and accelerators, its SpMV, and especially SpMM, performance are superior thanks to its wide registers
and vectorization capabilities. We believe that Xeon Phi will gain more interest in HPC community in the near future. 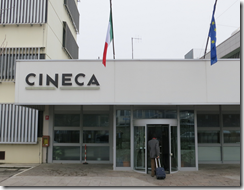 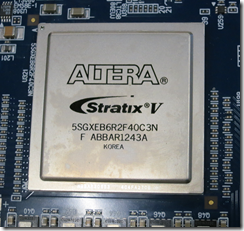 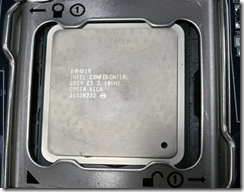 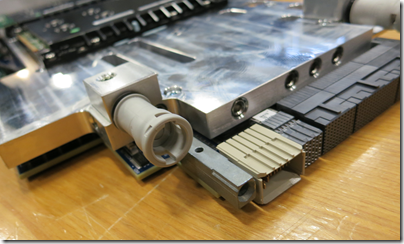 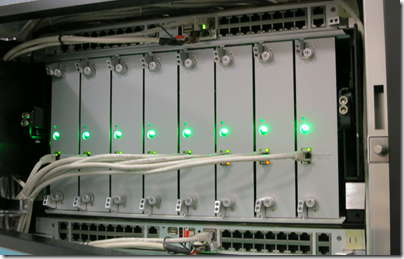 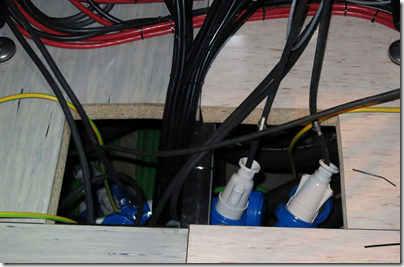 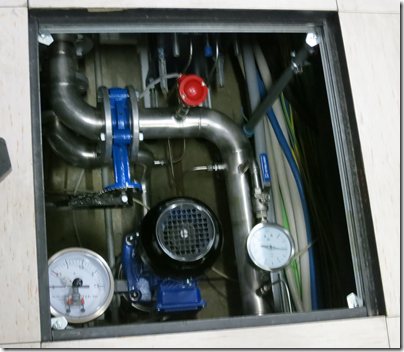 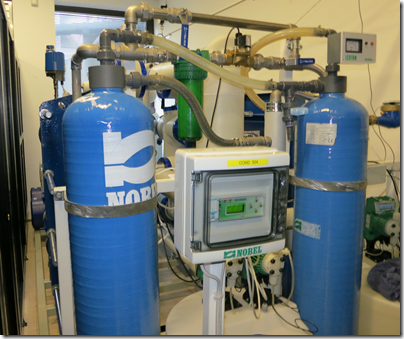 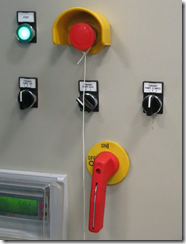 I’m at NVIDIA’s GPU tech conference in San Jose. The central theme of the conference is that the capabilities of modern GPUs enable substantial performance gains for general computing, not just for graphics, though most of the examples we have seen involve some element of graphical processing. The reason you should care about this is that the gains are huge.

Take Matlab for example, a popular language and IDE for algorithm development, data analysis and mathematical computation. We were told in the keynote here yesterday that Matlab is offering a parallel computing toolkit based on NVIDIA’s CUDA, with speed-ups from 10 to 40 times. Dramatic performance improvements opens up new possibilities in computing.

Why has GPU performance advanced so rapidly, whereas CPU performance has levelled off? The reason is that they use different computing models. CPUs are general-purpose. The focus is on fast serial computation, executing a single thread as rapidly as possible. Since many applications are largely single-thread, this is what we need, but there are technical barriers to increasing clock speed. Of course multi-core and multi-processor systems are now standard, so we have dual-core or quad-core machines, with big performance gains for multi-threaded applications.

NVIDIA’s CUDA initiative is about making this capability available to any application. NVIDIA made changes to its hardware to make it more amenable to standard C code, and delivered CUDA C with extensions to support it. In essence it is pretty simple. The extensions let you specify functions to execute on the GPU, allocate memory for pointers on the GPU, and copy memory between the GPU (called the device) and the main memory on the PC (called the host). You can also synchronize threads and use shared memory between threads.

The reward is great performance, but there are several disadvantages. One is the challenge of concurrent programming and the subtle bugs it can introduce.

Another is the hassle of copying memory between host and device. The device is in effect a computer within a computer. Shifting data between the two is relatively show.

A third is that CUDA is proprietary to NVIDIA. If you want your code to work with ATI’s equivalent, called Streams, then you should use the OpenCL library, though I’ve noticed that most people here seem to use CUDA; I presume they are able to specify the hardware and would rather avoid the compromises of a cross-GPU library. In the worst case, if you need to support both CUDA and non-CUDA systems, you might need to support different code paths depending on what is detected at runtime.

It is all a bit messy, though there are tools and libraries to simplify the task. For example, this morning we heard about GMAC, which makes host and device appear to use a single address space, though I imagine there are performance implications.

NVIDIA says it is democratizing supercomputing, bringing high performance computing within reach for almost anyone. There is something in that; but at the same time as a developer I would rather not think about whether my code will execute on the CPU or the GPU. Viewed at the highest level, I find it disappointing that to get great performance I need to bolster the capabilities of the CPU with a specialist add-on. The triumph of the GPU is in a sense the failure of the CPU. Convergence in some form or other strikes me as inevitable.