Here at Mobile World Congress all the big system-on-a-chip (SoC) vendors are jostling for position, including Freescale, Intel, Nvidia, Qualcomm, and Texas Instruments. Of course Nokia’s recent announcement that it will focus on Windows Phone for its smartphone platform is a big discussion topic; and without mentioning names I can tell you that many of the execs are talking down the announcement and expressing scepticism.

Plenty of reasons to be sceptical; but one of the issues is that Qualcomm’s Snapdragon is currently the only chipset which Microsoft supports. This is in contrast to Android, which runs on all these platforms.

The talk is that Microsoft was forced to specify Snapdragon in order to get its new phone to market quickly. That said, the long-term consequences of this focus are not good for Microsoft, since it has in effect driven all the other SoC vendors towards Android. Much effort goes into optimizing these chipsets for specific software, whether that is an OS, a video codec, or a runtime such as Flash or Java.

Windows Phone 7, or its successors, will not necessarily remain Qualcomm-only, particularly in the light of Nokia’s plans. Right now though, you can understand the lack of enthusiasm for Microsoft’s mobile OS among these other vendors. Even if the policy changes, it will take years before they can catch up, presuming that they want to.

Change the subject to full Windows though, and eyes light up. The prospect of Windows on Arm, announced at CES in January, is a good one for these manufacturers, since with the exception of Intel they all use Arm processors. 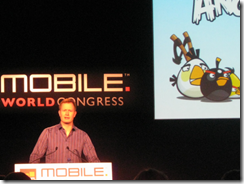 I’m at Mobile World Congress in Barcelona – and if you need any convincing about the power shift towards mobile in the industry, simply being here may be sufficient. Spread over 8 vast halls, it is huge, with 1361 exhibitors according to the latest available figures. 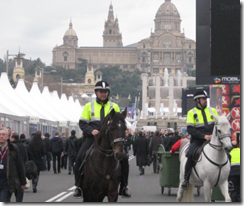 The size of the event makes it impossible to cover it all. My focus is on the developer story. I have started preparing a chart of mobile development tools platforms, which is proving to be a slippery task, but will post this soon for feedback and improvement.

Yesterday I attended the Nokia press event and will post separately on this soon. It is a fascinating story, whatever the outcome, and I doubt any of the other news this week will be as significant.