JetBRAINS has released PyCharm, an IDE for Python and the Django web development framework.

The company is best known for the IntelliJ IDEA Java IDE, and indeed PyCharm is mostly written in Java, but now has other tools for languages including PHP and Ruby and Rails. It also does add-ins for .NET developrs working in Visual Studio. 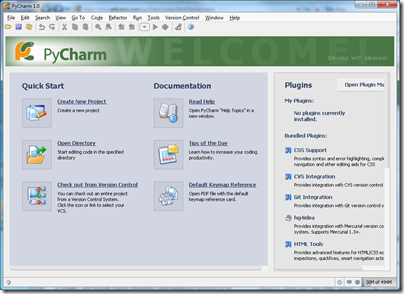 PyCharm has a small number of refactorings, lots of code search and assistance features,  integrated support for CVS, Git, Mercurial and Subversion version control, unit testing with a graphical test runner, graphical debugger, built-in deployment to Google App Engine as well as error highlighting for GQL queries, and editing support for HTML, CSS and JavaScript as well as Python.