Microsoft has announced Surface Go, a cheaper, smaller model to sit at the budge end of its Surface range of tablets and laptops.

The new model starts at $399, will be available for pre-order today in selected territories, and ships on August 2nd. 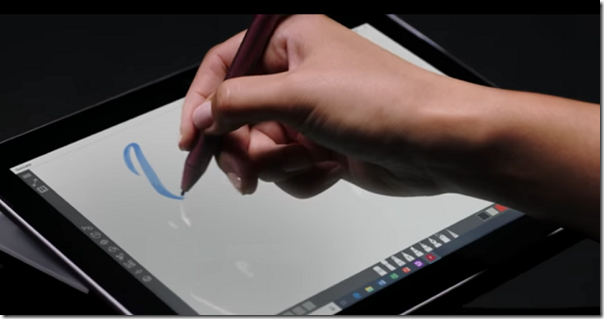 I go back a long way with Surface, having been at the launch of the first device, Surface RT, back in 2012. The device was a flop, but I liked it. The design was genuinely innovative and sought to make sense of a Windows in transition from desktop-only to a viable touch/tablet device. It failed primarily because of the poor range of available apps, lack of user acceptance for Windows 8, and somewhat underpowered hardware. There were also keyboard issues: the fabric-based Touch keyboard was difficult to use because it gave no tactile feedback, and the Type keyboard less elegant and still somewhat awkward.

Surface Pro came next, and while it was more useful thanks to full Windows 8 and an Intel Core i5 CPU, it was disappointing, with battery life issues and a tendency to stay on in your bag, overheating and wasting battery. There were other niggling issues.

The big disappointment of Surface for me is that even with full, Apple-like control over hardware and software, the devices have not been trouble-free.

Another issue today is that Windows 10 is not designed for touch in the same way as Windows 8. Therefore you rarely see Windows tablets used as tablets; they are almost always used as laptops, even if they are 2-in-1 devices. The original kickstand design is therefore rather pointless. If I got another Surface it would be a Surface Laptop or Surface Book.

Of course they are not all bad. It is premium hardware and some of the devices are delightful to use and perform well. They are expensive though, and I suggest careful comparison with what you can get for the same money from partners like HP, Lenovo and others.

What about this one? Key specs:

It could still be a good deal if it turns out to be a nice device. The Hello camera is a plus point, but where I would particularly recommend a Surface is if you want Pen support. Microsoft is good at this. Unfortunately I do not get on well with pen input, but some people do, and for artists and designers it is a real advantage.