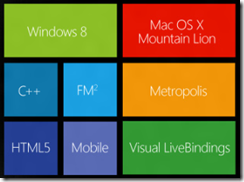 DevExpress has released an update to its VCL component suite, version 12.1, which includes a Metro-inspired tile control. That is, it looks like a Windows 8  Metro-style application, but in reality it runs as a desktop application. The VCL components support Embarcardero’s Delphi and C++ Builder, but not the FireMonkey library that runs cross-platform. 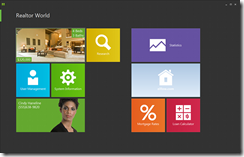 The new release also adds a “Server Mode” for  the ExpressQuantumGrid grid control, which retrieves only those rows needed to populate the current view.

DevExpress CTO Julian Bucknall has posted about the update. He says it is time to drop support for Delphi 7 (though this is supported in 12.1):

12.1 will be the last version to support Delphi and C++Builder 2010. I will sound a further note of caution: it’s likely that in 2013 we shall drop support for Delphi 7 and Delphi 2007 (what you might call the “ASCII IDEs”), so that we can concentrate on the latest run-times and environments.

Delphi 7 is significant because it was the last version to use its own dedicated IDE built with Delphi itself, and by today’s standards is delightfully small and fast.

Bucknall has reservations about Embarcadero’s move to Clang and LVVM for 64-bit C++ Builder and eventually for the other languages too:

I’m going to say we shall treat it with kid gloves. Re-engineering a compiler so fundamentally says “breaking changes” to me, especially given the necessary extensions that are present in the current C++Builder to interface with Delphi. So, fair warning: if the changes are too severe, we shall not support 64-bit C++Builder in 12.2. It took us long enough to support 64-bit Delphi across our entire product line, and this year we don’t have the resources. That doesn’t mean we won’t ever do this (after all, Embarcadero are saying that they’ll switch completely to Clang/LVVM at some point), just that we won’t this year.

Returning to the Tile Control: it will be fascinating to see if this sort of approach, mimicking Metro with a desktop app, becomes popular. Microsoft is promising some of the same with Office 15, though we have not seen much of this officially yet. The advantage is that you can make desktop apps just as touch-friendly as Metro apps. The disadvantage is that you do not get Windows Store support, Contracts, app isolation, or other benefits of the Windows Runtime which underlies the Metro side. Users may be confused.

I doubt Microsoft will mind though. It all helps to promote the Metro style which is the distinctive feature of Windows 8.