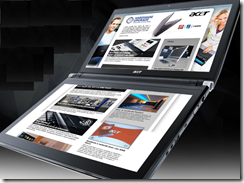 One thought on “Steve Ballmer at CES: Microsoft pins mobile hopes on Windows 8”