“There is a strong possibility that this could be the last edition of Windows Server Essentials.”

Server Essentials is an edition aimed at small organisations that includes 25 Client Access Licenses (CALs). If you go beyond that you have to upgrade to Windows Server Standard at a much higher cost. There are some restrictions in the product, such as lack of support for Remote Desktop Services (other than for admin use). 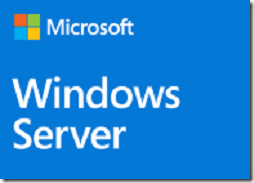 “Capabilities that small businesses need, like file sharing and collaboration are best achieved with a cloud service like Microsoft 365,” says the team, though also observing that Server 2019 will be supported according to the normal timeline, which means you will get something like mainstream support until 2024 and extended support until 2029 or so.

Good decision? There are several ways to look at this. Microsoft’s desire for small businesses to adopt cloud is not without self-interest. The subscription model is great for vendors, giving them a consistent flow of income and a vehicle for upselling.

Cloud also has specific benefits for small businesses. Letting Microsoft manage your email server makes huge sense, for example. The cloud model has brought many enterprise-grade features to organisations which would otherwise lack them.

Despite that, I do not altogether buy the “cloud is always best” idea. From a technical point of view, running stuff locally is more efficient, and from a business point of view, it can be cheaper. Of course there is also a legacy factor, as many applications are designed to run on a server on the local network.

Businesses do have a choice though. Linux works well as a file and print server, and pretty well as a Windows domain controller.

Network attached storage (NAS) devices like those from Synology and Qnap are easy to manage and include a bunch of features which are small-business friendly, including directory services and even mail servers if you still want to do that.

A common problem though with small businesses and on-premises servers (whether Windows or Linux) is weak backup. It makes sense to use the cloud for that, if nothing else.

Although it is tempting to rail at Microsoft for pulling the rug from under small businesses with their own servers, the truth is that cloud does mostly make better sense for them, especially with the NAS fallback for local file sharing.