Does anyone still buy CDs? There are a few reasons: they sound great when well mastered, you can rip them and not be dependent on an internet connection to listen to them, they can have nice packaging and booklets, and if you are a little bit obsessive about sound quality you can play the exact version you want to play instead of whatever the streaming service decides to send you.

I love Abba, who could not? and since I don’t have many of their albums I bought the new 10 CD box. I am not quite sure what the proper name for the set is, on the box it just says Abba CD Album Box Set. It ties in with the current Abba avatar-based show. 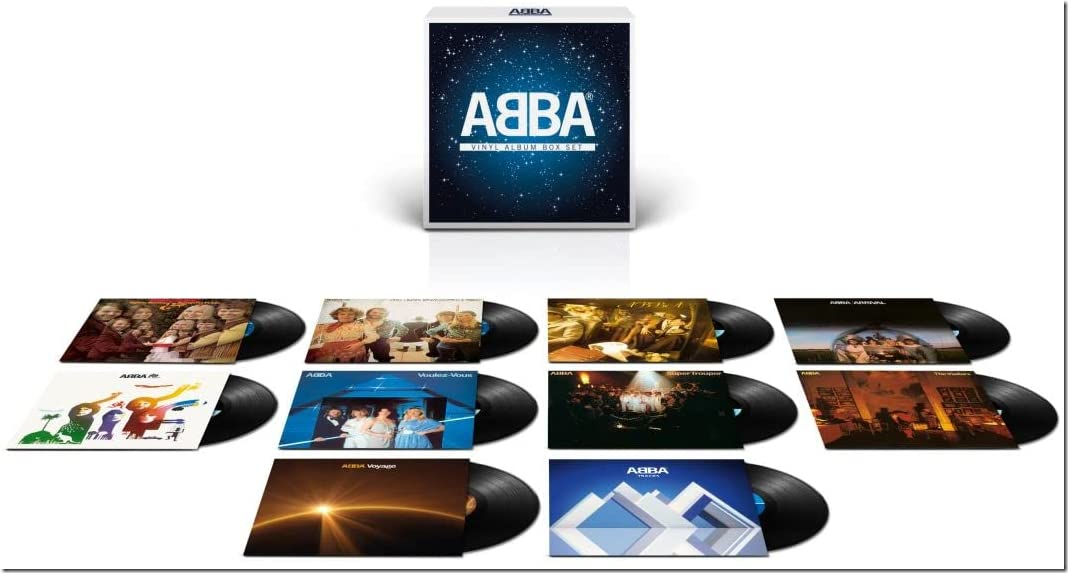 A few observations. The music is great, Abba never made a bad album in my opinion. You get all the studio albums plus a Tracks CD of singles like Fernando and Gimme! Gimme! Gimme! a Man after Midnight. So far so good; and the set is reasonable value considering the number of albums. The latest, Voyage from November 2021, is included.

Now for a few gripes. Abba’s albums in general are not superlative in sound quality but some releases have been better than others. If you want the full dynamic range you have to seek out the earliest CD releases, and this box is no different. The sound is not crushed to death but it still falls short for no good reason other than needless pursuit of “loudness”. There is also a bit too much bass boost on some of the tracks, not least Gimme! Gimme! Gimme! where the percussion sounds a little distorted. It is fine on the early CD box Thank you for the Music.

Second, why is it that an Abba fan like this one can do a better job fixing problems in the source tapes, than the professionals can manage? These are little details like a click in Money Money Money at the 0.33 mark and a slight glitch in Dancing Queen at around 2.06-2.11.

Third, why is this set so short, omitting any bonus tracks other than the singles on Tracks, and that CD is just 38 minutes long? My hunch is that the label made the CDs short enough that they would also fit on the vinyl box, which is all rather topsy-turvy in my opinion.

Fourth, the CDs are packaged in simple card sleeves reproducing the LPs, which means tiny type on things like the rear of Arrival, and you don’t get the lyrics which were on the inner sleeves of the original albums.

Overall then I’m disappointed. Nevertheless, Thank you for the music.