Last Friday I attended Apple’s press briefing for Snow Leopard, and I’ll be a Mac (mostly) for the next few days as I put OS 10.6 through its paces. For as long as I can remember, I’ve set up my desktop so that I can easily switch between Mac and Windows, so it is no great hardship. 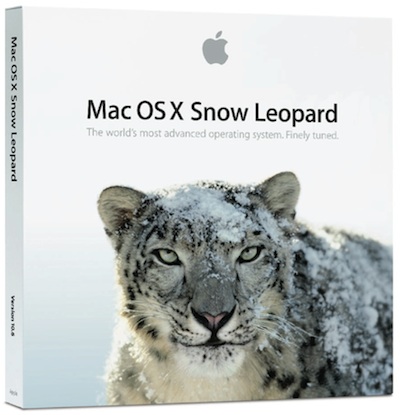 Snow Leopard is a relatively low-key release, timed by accident or design to appear not long before Windows 7 makes its full public debut in October – though many IT professionals are already using the final build. In the unlikely event that you’ve missed the many reports, the headline new features are:

The Exchange support is welcome, though unfortunately it is limited to Exchange 2007. It was already possible to access Exchange in Mail, though the older support (which still exists for pre-2007 Exchange) was based on IMAP, whereas the new support is based on Exchange web services and has richer features.

I use Exchange 2007, and found it easy to set up my account in Mail. Unfortunately I’m missing some Outlook features, such as the ability to choose a different Sender  address, and I’ve found it prone to a few mysterious pauses –  once it went into a sulk for over a minute when I marked a message as junk – but this might be a problem with Exchange web services rather than Mail, who knows? I also have some public folders which appear to be inaccessible from Mail or iCal. Then again – Entourage isn’t as flexible as Outlook either.

Still, I  expect the Exchange support will be good enough for many users, and this will make it easier to integrate Macs into Windows-based networks.

So, here’s a thought experiment. Let’s make an assumption:

If that is the case, why do we not all use Macs?  There’s a host of reasons which come to mind, starting with price. I looked at macwarehouse.co.uk and pcworld.co.uk, which are owned by the same group. The cheapest Mac I can find (Mac Mini + keyboard, mouse and display) is currently £536.96, vs £260.86 for a PC; and the cheapest laptop is £645.99 + VAT for a MacBook vs £216.52 for a cheapie PC laptop with Vista Basic. These differences are not small.

Note I am not saying that the Mac is poorer value; that is an entirely different argument.

A second big issue is application compatibility. Although there is no problem that cannot be solved with finding alternatives, or dual boot, or a virtual machine, it is all friction that impedes Mac acceptance.

Third, there is the greater manageability of Windows in a corporate environment based on Windows. This is a form of incumbent advantage, which is hard to break unless the incumbent messes up badly. Arguably Microsoft has messed up badly, though less in the business context than in the consumer context, and Windows 7 will pull back some lost ground.

The above leads me to believe that Snow Leopard is not likely to change the status quo significantly – understanding that the status quo is that Apple is gradually increasing its market share – even granting the assumption I made, which is somewhat controversial. On balance, I consider it more likely that Windows 7 will stem the flow towards Apple, though without a high degree of confidence.

More significant than either factor is the continuing migration towards the Internet. In this respect I’ve argued that Apple is like Microsoft. The Internet is a great leveller; it will reduce the friction of changing operating systems (helping Apple) but also make Apple’s UI advantage less noticeable (helping Windows/Linux/Google), and make it harder to sell expensive desktop software (Microsoft is the bigger loser here I think).

It’s fun to speculate; but I must add that so far Snow Leopard has been a pleasure to install and use. Technically, Apple hasn’t missed a beat with OS X since the first release, and that’s an impressive achievement.

13 thoughts on “Apple Snow Leopard: why don’t we all use Macs?”