It’s the Easter holiday in the UK and I’ve suffered a bout of spring-clean fever. It is time, I decided, to clear out a mountain of old books and magazines.

A job like this always prompts reflections, the first of which is the sad decline of print journalism in the field of software development. It hurt to send piles of Byte, Exe, Dr Dobbs’s Journal, Application Development Advisor and others off for recycling. 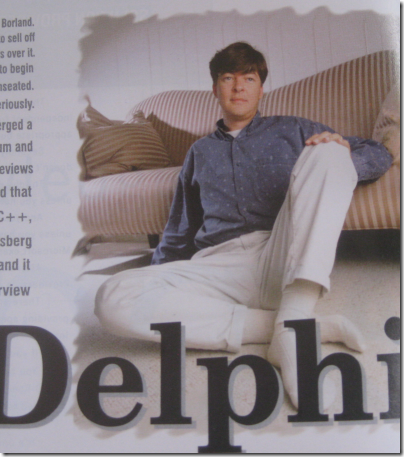 A few things caught my eye. Exe June 1995, and there is a young Anders Hejlsberg talking to Will Watts about his new creation: Borland Delphi:

Before Delphi, you always had to make a choice. Do I go for the performance of a native code compiler, or the ease of use of a visual development environment? Do I go for a powerful object-oriented language, or a proprietary 4GL client/server tool? What programmers really want is all of the above, in one package. That’s what we set out to do.

What is striking about Delphi is that this was not hype. It delivered on that promise. It was better than its obvious rival, Microsoft’s Visual Basic, in almost every way (I will give VB a point for sheer ubiquity, especially in VBA guise). Delphi is still with us today, not bad after fifteen years. However, it never came close to VB’s market share, which shows that quality has never been the sole or even the most important determinant of sales success.

Next up is Byte, March 1998. “Reinventing the Web”, the cover proclaims. “XML and DHTML will bring order to the chaos”. 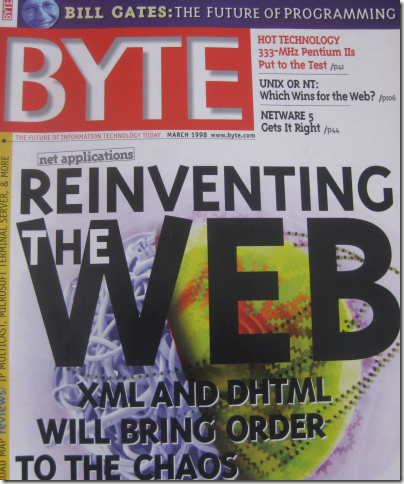 Inside there is a breathless description of how XML will change everything, and a quote from Jon Bosak:

HTML, this so-called ‘hypertext markup language,’ implements just a tiny amount of the functionality that has historically been associated with the concept of hypertext systems. Only the simplest form of linking is supported – unidirectional links to hard-coded locations. This is a far cry from the systems that were built and proven during the 1970s and 1980s.

Indeed. “We need to start replacing simple HTML with more powerful alternatives”, the article concludes. “The migration to XML must begin. The future of the Web depends on it.”

Here’s one thing that mostly did not work out as planned. The W3C tried to retire HTML, failed, and is now belatedly engaged in specifying HTML 5.

Byte March 1997 is also intriguing. Netscape’s Marc Andreessen smiles out of the cover. 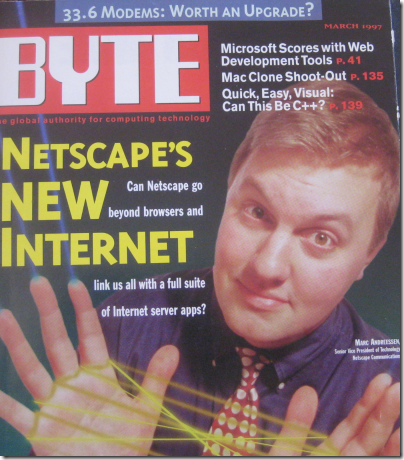 Jon Udell, in the days before he disappeared into some Microsoft corridor, writes about Netscape’s “Constellation: the network-centric desktop”:

Netscape’s Constellation takes a less Windows-centric approach and puts more emphasis on location-independent computing, regardless of the platform. No matter what kind of system you’re using or where you are, Constellation presents a universal desktop called the Homeport. Although the Homeport can appear in a browser window, Netscape usually demonstrates it as a full-screen layer that buries the native OS – certainly one reason Microsoft is not embracing Constellation.

Netscape got a lot of things right, a true pioneer of what we now call cloud computing. What went wrong? Well, Microsoft went all-out to conquer Netscape by removing its browser dominance. Microsoft’s weapon was the free Internet Explorer.

It is all a pre-echo of what is happening now with Google and Microsoft, the difference being that Google has huge financial power thanks to its marriage of internet search and internet advertising. Unlike Netscape, Google is winning.

This blog is long enough; but I’ll give a brief mention to another jewel from the archives: a book given out at PDC 2003 entitled Introducing Longhorn for Developers. 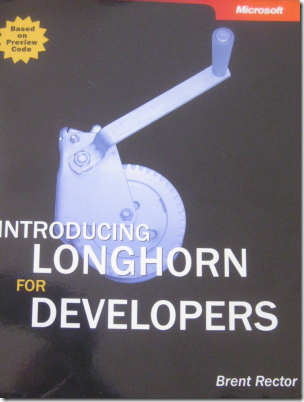 It describes Microsoft’s vision for Longhorn: a radical new application model for Windows, building on XAML, WinFS and “Indigo”, the communication framework. It bears little resemblance to what eventually appeared as Vista, which is a shame as it was compelling in many ways.

5 thoughts on “Jewels from the loft: launch of Delphi, Netscape’s Constellation, HTML to die, Longhorn for developers”