I spoke to Dean Guida, CEO and co-founder of Infragistics, at TechEd in Atlanta earlier this week. Infragistics makes components, mainly for Windows but now beginning to support non-Windows clients. There is a set of jQuery controls in preparation, and “Our roadmaps are also going to deliver native on Android and iPhone,” Guida told me. “We have a lot of software companies that use our tools in their commercial apps, and a lot of enterprises, and we feel that we need to do it,” though he adds, “we feel that the best and the smartest business solution is to go mobile web.” 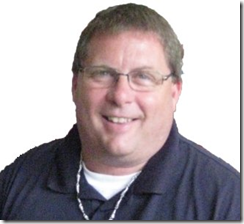 Infragistics has a focus on data visualization, and Guida showed me some great-looking components that show animated charts, with a huge range of customisation options, and including geo-spatial and timeline controls.

I was intrigued to find Guida more upbeat about Windows Phone than most commentators, though I make allowance for the fact that his company has a component suite for the platform. “More than half of our customers told us that they’re either building or they will build for Windows Phone in the next 12 months,” he told me.

His view, which I share, is that they key advantage of Windows Phone is to Microsoft-platform enterprises rather than to consumers. “It’s so easy to extend their knowledge of Silverlight and extend apps, that they’ll be able to extend the data and the access to information this way. I think that’s going to be a beachhead for Microsoft.”

Of course Microsoft has marketed Windows Phone to consumers so far, and has told businesses they should continue to use Windows Mobile 6.5, clearly a dead-end. It may be easier when the company is able to move on from this mixed messaging and get behind Windows Phone as a business mobile platform.

Continuing a contrarian theme, Guida is also positive about Windows Presentation Foundation (WPF). “It’s huge, especially in the financial markets. They’ve made big bets on it. They’ve built a lot of their trading apps and a lot of their internal apps on it. We’ve been telling Microsoft this for years,” he says.

The problem I guess is that while WPF/Silverlight makes sense for data visualisation for internal apps where you control the platform, for broad reach apps that are visible to the rest of us, Adobe Flash or some other approach is a better fit.

It is understandable that companies like Infragistics are keen to talk up the Microsoft platform. Their business depends on it. It is true that Infragistics is now experimenting with other platforms like Apple iOS and Google Android, but historically developers on non-Microsoft platforms have not formed a strong component market.

“They don’t get it as much as Microsoft developers,” says Guida. “We used to have a ton of Java components. I was at the second JavaOne conference. We built some of the first AWT components, JavaBeans, Swing components. There’s a lot more pain developing for these platforms than on the Microsoft platform, Microsoft has done a great job with the tooling. Why have that pain? I think there is a distinction between the Microsoft and the non-Microsoft developer, that they have a higher tolerance for, pain’s probably not the right word, but a higher tolerance for taking longer to get stuff done. I can only believe that over time maturity will happen. It’s really about satisfying a business need or a consumer need. These platforms are different, but if we go in and give them the tools, why not? We’re really just this year starting to get there.”

It is a brave hope; but looking at the Infragistics site, there are currently no Java controls on offer, and even the 2008 NetAdvantage for JavaServer Faces (JSF) seems to have disappeared. If the Microsoft client platform does decline, the future will be challenging.