Yesterday I spoke to Google’s Global Product Management Director for Google Enterprise (whew!) Matthew Glotzbach, at a press briefing for Google Apps which included the announcement of Google Docs Discussions, as covered here. 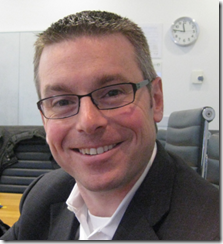 One of the issues discussed in the briefing was Cloud Connect, which I reported on here. Cloud Connect automatically copies and synchronises Microsoft Office documents with Google’s cloud storage. There are some performance and usability issues, but the biggest problem is that you cannot edit the documents in the browser; or rather, if you do, Google makes a second copy leading to versioning issues.

Google says this is a file format issue. The online Google Docs applications cannot edit documents in Microsoft Office formats – “the document models are completely different” says Glotzbach – though it can import and export those formats. Could Google develop the ability to edit Office documents online? “It is a technical challenge, something we haven’t built yet,” he added.

It is an interesting point. Microsoft’s Office Web Apps have flaws, but they do let you maintain the same document whether edited in the browser or in the Office desktop applications. It is an example of friction if you try to live partly in Microsoft Office, and partly in Google’s cloud. It may be better to stick with one or the other.

What about offline capability, something I hear a lot as counting against Google Docs. Google had a solution for this based on its Gears add-on, but then withdrew it.

We are actively working on offline. It is extremely important. Gears was a precursor. A lot of the ideas embedded in Gears have become part of HTML5.

says Glotzbach. I asked whether this will extend to the Chrome OS netbook operating system, and he said that it will:

Chrome, as the most modern browser based on HTML 5, has the capabilities built into its core. Chrome OS as a derivative of that has those offline capabilities baked into it, so it is a matter of having applications take advantage of that.

“Yes, email,” he said, chuckling. Clearly Google has taken to heart that email remains the de facto mechanism for most corporate collaboration. “We’ve also got Google groups. Obviously the manifestation of a group for many users is email, that’s how they interact with it, but there is also a destination site or page for that group.”

Might Google develop its own equivalent to Salesforce.com Chatter, for Twitter-like enterprise messaging?

The idea of eventually being able to pull in other streams, the idea of social media inside the enterprise Is a powerful idea. I think Chatter is a good example of that, and others such as Yammer. I think those ideas will likely find their way into businesses. It is not clear to me that social will be a destination within an Enterprise. Rather I see it as, features will emerge in various products that leverage those social capabilities. Discussions is influenced heavily by a lot of those social media ideas, and so you can see that evolving into more integrated social capabilities across the app suite.

What about Google spreadsheets, which seem great for simple tasks and collaboration, but suffer performance and scalability issues when used with large data collections that work fine in Excel?

There’s always work to do. We have today some limitations in terms of spreadsheet size. Those are things we are actively working on. With browser technologies I actually think we have an advantage over desktop applications. If I told you I had a spreadsheet that had 5 million columns and a billion rows, there’s no desktop spreadsheet in the world that can handle that kind of volume, but because we have in essence supercomputers on the back end processing that, what you display is just a window of that large data. So we’re using clever technologies like pre-fetching the rows and columns that are just off the edge of the page, similar to some of the technologies we use with Google Maps.

But it’s an example where we have some artificial limitations that we are working to remove. Imagine doing really sophisticated non-linear calculations in a spreadsheet. We’ve got a supercomputer on the back end that can do that for you in seconds.