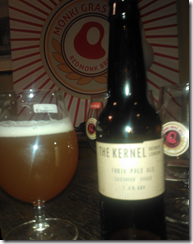 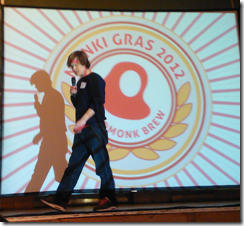 Microsoft will port node.js to Windows in partnership with Joyent. This will work on Windows Azure as well as other versions of Windows back to Server 2003.

But can you not already run node.js on Windows? This is possible using Cygwin and instructions are here. Cygwin makes Windows more like Linux by providing familiar Linux tools and a Linux API layer. Cygwin is a great tool, though it can be an awkward dependency, but a true Windows port should be higher performance and more robust, particularly as the intention is to use the IOCP API. See here for an explanation of IOCP:

With IOCP, you don’t need to supply a completion function, wait on an event handle to signal, or poll the status of the overlapped operation. Once you create the IOCP and add your overlapped socket handle to the IOCP, you can start the overlapped operation by using any of the I/O APIs mentioned above (except recv, recvfrom, send, or sendto). You will have your worker thread block on GetQueuedCompletionStatus API waiting for an I/O completion packet. When an overlapped I/O completes, an I/O completion packet arrives at the IOCP and GetQueuedCompletionStatus returns.

I was impressed by node.js when I saw it presented by author Ryan Dahl at a pre-Dreamforce event last year. Since then it has become better known. This is an interesting move, particularly in the context of an greater focus on JavaScript in the forthcoming version of Windows known as Windows 8. End to end JavaScript for your next-generation real time networking applications?