Mono is an open source implementation of .NET, formerly sponsored by Novell, and its future following Novell’s acquisition by Attachmate has been the subject of speculation.

Today Mono leader Miguel de Icaza has revealed new plans. In a blog post, he announces Xamarin, a new company focused on Mono. This company will build new commercial .NET tools for Apple iOS and Google Android, to enable .NET development on those platforms. Note that they will not be called MonoTouch and MonoDroid, the Novell offerings for this, but will be “source compatible”. I am sure there are brand and intellectual property ownership issues here; but de Icaza is no stranger to negotiating tricky issues of this kind, bearing in mind Mono’s relationship with Microsoft .NET. However I am not sure why the new company cannot acquire the existing brands, since it seems that Attachmate will no longer be able to support them.

The plans are not exactly new, but have been forced by Attachmate’s decision to lay off the entire Mono team:

We have been trying to spin Mono off from Novell for more than a year now. Everyone agreed that Mono would have a brighter future as an independent company, so a plan was prepared last year.

To make a long story short, the plan to spin off was not executed. Instead on Monday May 2nd, the Canadian and American teams were laid off; Europe, Brazil and Japan followed a few days later. These layoffs included all the MonoTouch and MonoDroid engineers and other key Mono developers.

Apparently Xamarin has “angel funding” but is looking for more.

The advent of MonoTouch and MonoDroid has been good for Mono, since it gives the project a stronger business model than it had previously. These mobile platforms are hot, and the ability to code for them in C# is great for Microsoft Platform developers. This factor could enable Xamarin to succeed.

On the other hand, Novell’s name gave Mono enterprise credibility as well as the backing of a large company, and these it now lacks.

The curious thing is that Mono is valuable to Microsoft. The company seems at times to hate Mono, because it removes the need for Windows, and at other times to love it, because it extends the breadth of .NET to include Linux and now iOS and Android. Microsoft gave some sort of official status to Moonlight, the Mono implementation of Silverlight, though the company’s support for Moonlight has always seemed hesitant.

So can we expect now that the company which can afford $8.5 billion for Skype, could expend a few million in support of Xamarin? Or will it stand by and hope that Mono fades away?

I have no idea, though I would like to see both Mono and Xamarin succeed. It is no threat to Microsoft, but does take .NET to places that Microsoft will never support. Without Mono, C# is merely a language for programming Windows. 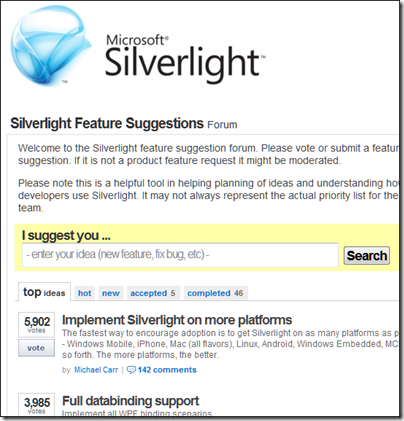 There is a fascinating interview over on The H with Michael Meeks, who works at Novell on OpenOffice.org development. It would be wrong to call OpenOffice.org unsuccessful: it is a solid product that forms a viable alternative to Microsoft Office in many scenarios. Nevertheless, it has not disrupted the Microsoft Office market as much as perhaps could have been expected; and Meeks explains what may be the reasons – tight control by Sun (now Oracle) and a bureaucratic approach to project management that has stifled the enthusiasm of the open source community.

Contributors to OpenOffice.org are required to sign over copyright, which is a big ask if you are giving it freely. While Meeks does not say that the trust of contributors has been abused, he does say that that there is a lack of transparency and reassurance, specifically concerning IBM’s Symphony which is based on OpenOffice.org:

In some places they do feed stuff back. We see their changes, but parts of Symphony are not open source, and we don’t have the code for them, and interestingly, there is no source code available so far as I am aware of the version of OO.o that IBM is shipping inside their product, so clearly they’re not shipping this under the LGPLv3. IBM have a fairly public antipathy towards the GPL unfortunately, and as a consequence you have to wonder what terms are they shipping OpenOffice under – and as there is a lot of my code in there, not only my code but Novell’s code and a lot of other people’s code, you have to wonder ‘What were the terms and what was the deal? That’s a shame, and would really help improve the transparency and confidence in Sun’s stewardship around these things. The code was assigned to Sun, and I have no doubt there is no legal problem at all, but a lot of people have assigned their code to Sun in good faith, believing them to be good stewards. Maybe they are but its impossible to tell without knowing the terms under which third parties are shipping the code.

Meeks says that the Oracle takeover is an opportunity for things to get better. Even if you like Microsoft Office you should hope that it does, since a strong OpenOffice puts pressure on the competition to keep prices down and product development up. Further, Microsoft has no plans for Office on Linux that I know of – unless you count Office Web Apps.