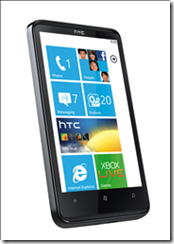 I’ve just spent some time with a non-technical person who has just signed up for a £30 per month Vodafone internet dongle, which came with a “free” Samsung netbook running Windows 7 Starter Edition.

The user is returning it under the terms of the 14-day trial offer.

Why? Well, the requirement was for a small computer that would be connected to the Internet everywhere, within reason. The user also purchased Microsoft Office along with (for some reason I could not discern) Norton Internet Security.

The good news: the internet connection was fine when connected, something like 2.5Mb download speed on a brief test.

1. The little netbook was badly infested with trialware. Browsing the web was difficult because the already-small screen area was further filled by two additional toolbars, one from Google and the other from MacAfee, leaving barely half the screen for actual web pages. Google kept on prompting for permission to grab user data about location and who knows what else.

2. MacAfee was pre-installed and the task of removing it and replacing it with Norton was tricky, bearing in mind that Norton was delivered on a CD and there was no CD drive. MacAfee was constantly warning that the user was at risk.

3. Two Samsung dialogs popped up on each boot asking the user to do a backup to external storage.

4. The Vodafone connect software was bewildering. In part this was thanks to a complex UI. There also seemed to be bugs. The “usage limit” was preset at 50MB separately for 3G and GPRS; the deal allowed 3GB overall. Changing the usage limit seemed to work, but it reverted at next boot. Then it showed usage limit warnings, as 50MB had already been transferred. Once while I was there the Vodafone utility crashed completely.

5. The Vodafone dongle wobbled in the USB slot. Whenever it was attached it would come up with a dialog asking to run setup, because it included a storage area containing the utility software, even though the utility was already installed.

7. The Vodafone connection was set to prompt for a connection. It did sometimes display a prompt, but apparently on some kind of timeout, since it quickly closed without actually connecting. The prompt then did not reappear during that session.

The user concluded that it was too complicated to use, hence the return.

Now, for most readers of this blog I am sure none of the above would matter. We would uninstall MacAfee and Google toolbar, not buy Norton but simply install Microsoft Security Essentials, maybe use Google Chrome for a leaner browsing experience, remove any other software that was not essential (and there was other trialware that I did not have time to investigate), unset the silly option to hide notification icons, find a way of taming or replacing Vodafone’s connection utility, and all would be fine.

I am not sure of the value of the Vodafone contract; the deal is not too bad if you need to connect while out and about, though there is a heavy penalty charge of £15.00 per GB if you exceed 3GB in a month, and it is quite unsuitable if, as in this case, it is your only Internet connection and you plan to use it for things like BBC iPlayer.

That’s an aside. What I find depressing is that despite Microsoft’s efforts to improve Windows usability in 7, the real-world result can still be so poor.

In this case, most of the blame is with Vodafone for poor software, and Samsung for taking all those trialware fees. I guess it is not that bad a deal, since there is almost always someone around who is willing or enjoys solving these puzzles and getting everything working.

Still, here is a customer who wanted and was willing to pay for a no-frills, always-connected internet device, and was let down.

Here also is the market that Apple aims to satisfy with iPad, and Google with devices running Chrome OS.

I wish them every success, since it seems that the Microsoft + OEM Windows culture cannot easily meet this need.