Once again people are asking why Microsoft has not allowed OEMs to build tablets running Windows Phone 7. Matthew Baxter-Reynolds says it is to do with income from OEM licenses:

Now, Microsoft charges OEMs far less for Windows Phone licenses (about $15 per unit) than for full-on Windows licenses (on average, working out to about $56 per unit) …  But for Ballmer and the team, this is the bad news scenario. Only $15 per licence? And even less in profit? Compared to $37 in profit? It’s a money-loser, people.

While I agree that Microsoft has a problem with its business model in the new world of mobile devices, I do not follow this reasoning. There is nothing to stop Microsoft charging more for Windows Phone OS on tablets than on phones if it could get away with it. Nor is it necessarily true that Microsoft will succeed in charging as much for Windows 8 on tablets as it does for Windows 8 on PCs. In fact, that is unlikely to be be true; they will be cheaper, especially on ARM.

If it is not this then, that still leaves the question of why Microsoft has not licensed the Windows Phone 7 OS for tablets.

Microsoft has undoubtedly fumbled tablet computing and this was a costly mistake. Nevertheless, it is a company capable of strategic thinking. I think it goes something like this, in no particular order.

First, I reckon Microsoft is thinking beyond the initial OEM license income for its profits from Windows 8 tablets. It is all about the apps – 30% of the income from every app sold on the locked-down ARM edition of Windows 8. Apps tend to be cheap, and there is cost in running the store, but there is potential for ongoing income that will exceed the initial license sale. Especially if, like Apple, Microsoft insists on a cut of subscription income, in-app advertising income, and so on.

Second, Microsoft is also betting on cloud computing. Windows Phone 7 is marketed mainly as a consumer device, but Microsoft is going to play the “this is the device for professionals” card at some point. You can bet that Windows 8 tablets, and their successors, will be promoted as the ideal client for Office 365, as well as for on-premise Exchange, SharePoint and Lync. Sell a tablet, buy a customer for Office 365. Lock customers into Office 365, and sell them other cloud applications and services. Plenty of opportunity for profit.

Third, my guess is that the Windows team at Microsoft does not consider the Windows Phone 7 OS good enough to be the foundation of its future mobile platform. They respect it enough to borrow its Metro design language, along with many aspects of the development model, but in the end Sinofsky and his team were not willing to hand over the future of Windows on devices to Windows CE and Silverlight.

What we are getting with the forthcoming Windows Runtime is a more deeply thought-through new platform in which .NET, native C++ code, and HTML 5 are equally well supported, and in which developers are forced to use asynchronous APIs that keep the user interface responsive. It will be a better app platform than the current Windows Phone OS; in fact, I fully expect Windows Runtime to migrate to the phone in some future version.

If Microsoft had allowed Windows Phone 7 onto tablets, it would have the difficult task of explaining to its customers how Windows 8 tablets differ from Windows Phone OS tablets as well as from those old Windows tablets from Bill Gates days.

Therefore Microsoft took the decision to wait until Windows 8 was ready. That was a bold decision, and it may be too late, but the reasoning is plausible. 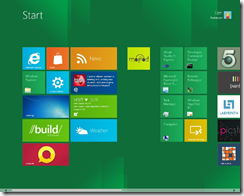