When Microsoft acquired Nokia in April this year, there was always a risk that the Windows Phone platform would lose momentum (yes there was some momentum).

Nokia was better at marketing, better at hardware innovation, and better at the all-important operator relations than Microsoft itself.

I consider the launch of Windows Phone 7 in October 2010 to be one of Microsoft’s great disasters, not because of the operating system which is very good, but because the company failed to get all the pieces in place at the right time. When the phone was first released in the UK, you could not buy it at all in my local town centre, and even if you could find it, the hardware was indifferent, just slightly tweaked Android handsets from the likes of HTC and Samsung.

The underlying problem was that Microsoft was late to market and the iOS/Android duopoly was already dominant; but even so, the company could have done better.

Nokia’s adoption of Windows Phone in February 2011 (first devices came in October 2011) made a striking difference. Distinctive hardware and better visibility in the high street gave the platform a better chance of success. Nokia Drive for turn-by-turn navigation was a great feature, along with other Nokia apps and services like Mix Radio. Admittedly the Lumia 800 (the launch model) had some issues, especially with battery life and charging problems, but better devices followed.

The Nokia Lumia 1020, released in late summer 2013, brought the best camera in any smartphone to market, thanks to the company’s PureView research along with a high-quality though slightly protruding lens. 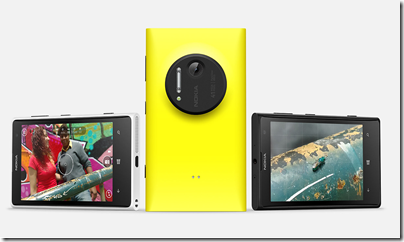 That was something of a high point for Windows Phone. Nokia, perhaps, started to panic as Windows Phone sales still failed to take off as quickly as had been hoped. At Mobile World Congress in February 2014, it announced Nokia X, a version of Android without Google services. This made no sense to me at the time; but indicated that Nokia had diverted its focus away from improving Windows Phone to chase an alternative (and doomed) platform.

There was also a period of hiatus between Sept 2013 when Microsoft’s acquisition was announced, and April 2014 when it completed. During this time Nokia operated independently, but with the knowledge that the businesses would be merged in due course; not a good scenario for long-term planning.

The problem today is that even those few who have adopted Windows Phone are losing heart. This is not only to do with market dynamics and the app problems over which Microsoft has no control. Check out this monster thread on Microsoft’s forums. There is a hardware issue with some Lumia models (including the 1020) such that the 8.1 update causes the phone to freeze at random intervals; not good if, for example, you have an alarm set or are waiting for a call. What you will see is that users started complaining on September 10th. Nobody from Microsoft bothered to comment on the thread or help users with mitigation suggestions until November 22nd, when Kevin Lee at Microsoft made an appearance:

Beginning in early September we started to receive an increased number of customer feedback regarding Microsoft Lumia 1020 and 925 device freezes. During the last two months we have been reaching out for more and more data and devices to systematically reproduce and narrow down the root cause. It turned out to be a power regulator logic failure where in combination with multiple reasons the device fails to power up the CPU and peripherals after idling into a deep sleep state.

I am pleased to pass on that we have a fix candidate under validation which we expect to push out the soon with the next SW update!

Which update? When? Mr Lee has made no further comment, and phones are still freezing. It is frustrating for users who return phones for repair, have the software reset, and then still suffer the problem, because it is incorrectly diagnosed by the repair engineers (read the thread for many such tales).

While the specific issue affects only a subset of Windows Phone users, this is not only indicative of poor quality control before the 8.1 release was pushed out, but also poor communication with users of the high-end Windows Phone devices; the market where Microsoft is weakest.

More seriously, the 1020 which is now coming up to 18 months old is still in some ways top of the range, certainly for the camera; note that in the Lumia range you have 8x, 9x, and 10x prefixes, and there has been no advance on 1020 in the 10x series.

Another issue for Windows Phone is that Microsoft is putting out Office for iOS and Android while seeming to neglect its own platform. The forthcoming Visual Studio 2015 includes a new set of tools for both native and HTML-based development for iOS and Android. It is beginning to look as if Microsoft itself is now treating the platform as second-class.

Unlike Ed Bott and Tom Warren I still use a 1020 as my main phone. I like the platform and I like not taking a separate camera with me. It was great for taking snaps on holiday in Norway. But I cannot survive professionally with just Windows Phone. It seems now that a majority of gadgets I review come with a supporting app … for iOS or Android.

Microsoft is capable of making sense of Windows Phone, particularly in business, whether it can integrate with Office 365, Active Directory and Azure Active Directory. On the consumer side there is more that could be done to tie with Windows and Xbox. Microsoft is a software company and could do some great first party apps for the platform (where are they?).

The signs today though are not good. Since the acquisition we have had some mid-range device launches but little to excite. The sense now is that we are waiting for Windows 10 and Universal Apps (single projects that target both phone and full Windows) to bring it together. Windows 10 though: launch in the second half of 2015 is a long time to wait. If Windows Phone market share diminishes between then and now, there may not be much left to revive.

2 thoughts on “Windows Phone wobbles: why users are losing heart”