Embarcadero has released C++ Builder XE3, the first version built on the open source clang front end for the LLVM compiler. This has enabled the product to support many new features, including extensive C++ 11 support and a 64-bit compiler. 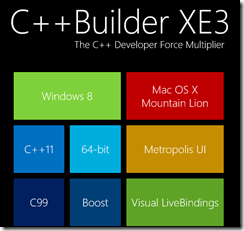 While it is a shame that the old Borland C/C++ Compiler is no more, it makes sense for Embarcadero to bring its VCL (Visual Component Library) and FireMonkey framework to Clang rather than continuing to work on its own compiler.

The other big change is cross-platform support. Through FireMonkey, C++ Builder XE3 supports Windows (including Windows 8) and Mac OS X, with iOS and Android promised for 2013.

Although Windows 8 is supported on the desktop, there is no official support for the Windows Runtime (Windows Store apps). Instead, Embarcadero has a curious application framework called Metropolis which fakes the Windows 8 style but with desktop applications, as if the Windows 8 world were not already sufficiently confusing.

The big question is how compatible VCL applications created for earlier versions of C++ Builder are with the XE3 release. With a new compiler and major changes to the VCL in order to support the new compiler, you might expect some issues.

I would rather hear that from developers though, rather than from Embarcadero.

Although C++ Builder is a cross-platform compiler, it only runs on Windows. A common scenario is to run in Windows emulation on a Mac, using VMware Fusion or Parallels.

Similar changes are on the way for Delphi, which uses the same VCL and FireMonkey frameworks but with the Delphi language based on Object Pascal.

Note that the new Clang-based compiler is 64-bit only. You are meant to continue using the old Borland compiler for 32-bit, making it hard to maintain a single code base for both.

NVIDIA has released version 4.1 of its CUDA Toolkit for general purpose GPU computing.

There is a lot in this release, including a compiler based on LLVM, which will make it easier to support other programming languages; 1000 new imaging functions; and a re-designed visual profiler.

There is also an update to Parallel Nsight, for debugging and profiling CUDA applications in Visual Studio. This is free, though you have to register as an NVIDIA developer. You need this update to work with the 4.1 toolkit.

You do have to update your graphics card driver: 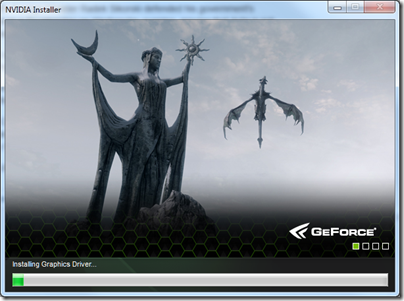 using a new build which NVIDIA has not gotten around to signing: 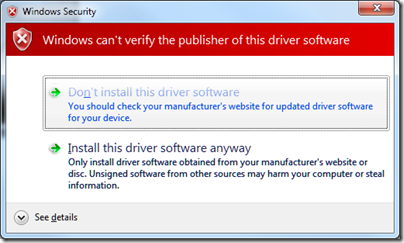 Still, lots of goodies here and a must-have for developers wishing to put their NVIDIA GPU to work for more than just games.