One year ago I wrote a post on Which .NET framework for Windows: UWP, WPF or Windows Forms? which is still the most popular post on this site, indicating perhaps that this is a tricky issue for many developers. That this is a live question is a symptom of Microsoft’s many changes of strategic direction over the last decade, making it hard for even the most loyal developers to read the signals.

I was intrigued therefore to note that Microsoft has an official Choose your platform post on this subject. There is something curious about this post. It covers three frameworks: Universal Windows Platform (UWP), Windows Presentation Foundation (WPF) and Windows Forms (WinForms). Microsoft states:

implying that if you have an unconstrained choice, this is the way to go. Yet if you look at the table of “Scenarios that have limited support”, UWP has the longest list. It is not only Windows 7 support that you will miss, but also something called Dense UI, along with other rather significant features like multiple windows and “full platform support”.

What is Dense UI? I presume this is a reference to the chunkiness of a typical UWP UI, caused by the fact that it was originally optimised for touch control. This matters if, for example, you are writing a business application and want to have a lot of information to hand in a single window. It may not be ideal for cosmetics, but it can be good for productivity.

With respect to all three of these limitations, Microsoft does note that “We have publicly announced features that will address this scenario in a future release of Windows 10.” I am not sure that they are in fact fully addressed; but it is clear that improvements are coming. In fact, the promise of further active development is perhaps the key reason why you might choose UWP for a new project, that is, if you do not learn from the past and believe that UWP will still be core to Microsoft’s strategy in say five years time.

Take a look at the strengths column for UWP though. Anything really compelling there? To my mind, just one. “Secure execution via application containers.” Yet the security of UWP was undermined by Microsoft’s decision to abandon its original goal of restricting the Windows Runtime API (used for UWP) to a safe subset of the full Windows API. You can also now wrap WPF and WinForm applications using Desktop Bridge, getting Store delivery and a certain amount of isolation.

At the time of writing, Microsoft is still displaying this diagram in its guide to UWP.

This is now somewhat misleading though. Windows Mobile is on death row:

As a developer then, would you rather have PC, Xbox and HoloLens support? Or PC, Mac, iOS and Android support? If the latter, you would be better off investigating Microsoft’s Xamarin Forms framework than UWP as such.

The truth is, many developers who target Windows desktop applications do so because they want to run well on Windows and are not concerned about cross-platform. While that may seem odd from a consumer perspective, it is not so odd for corporate development with deskbound users performing specific business operations.

I was at one time enthusiastic about Windows Runtime/UWP because I liked the idea of “one Windows platform” as illustrated above, and I liked the idea of making Windows a platform for secure applications. Both these concepts have been thoroughly undermined, and I would suggest that the average developer is probably better off with WPF or WinForms (or other approaches to Win32 applications such as Delphi etc), than with UWP. Or with Xamarin for a cross-platform solution. That is unfortunate because it implies that the application platform Microsoft is investing in most is at odds with what developers need.

If UWP becomes a better platform than WPF or WinForms in all important respects, that advice will change; but right now it is not all that compelling.

Microsoft is notorious for asking users to log in multiple times, even when you check “Keep me signed in”.

Now we have the opposite problem. Here I am in Office 365, logged in as the admin user:

I need a break and want to stay secure, so I drop-down the menu top right and choose Sign out:

Lo, I am still signed in:

And no, it is not just a browser cache issue or similar. You can still do administrative tasks.

I have seen references to the bug in Microsoft support forums, so it is known, but unfixed for ages.

I do not publicise this sort of stuff because of any antipathy towards Microsoft. Rather, I do it because it needs to be improved. 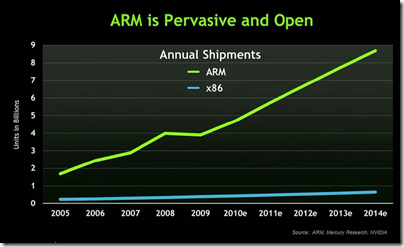 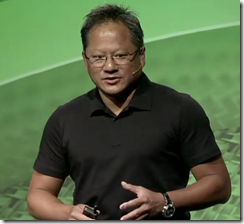 I am not a financial analyst, but a few things leap out from the figures. One is that Omniture, the analytics company Adobe acquired at the end of 2009, is doing well and contributing significantly to Adobe’s revenue – $98.4 m in Q4 2010. The billion dollar quarter would not have happened without it. Second, Creative Suite 5 is selling well, better than Creative Suite 4.

Creative Suite 4 was released in October 2008, and Creative Suite 5 in April 2010. It is not perfect, but the following table compares the Creative Solutions segment (mainly Creative Suite) of the two products quarter by quarter from their respective release dates:

CS4 drops off noticeably following an initial surge, whereas CS5 has kept on selling. It is a good product and a de-facto industry standard, but not every user is persuaded to upgrade every time a new release appears. My guess is that things like better 64-bit support – which make a huge difference in the production tools – and new tricks in PhotoShop have been successful in driving upgrades to CS5. Further, the explosion of premium mobile devices led by Apple’s iPhone and iPad has not been bad for Adobe despite Apple CEO Steve Jobs doing his best to put down Flash. Publishers creating media for the iPad, for example, will most likely use Adobe’s tools to do so. CEO Shantanu Narayen said in the earnings calls, “We have not seen any impact on our revenue from Apple’s choice [to not support Flash]”, though I am sure he would make a big deal of it if Apple were to change its mind.

Before getting too carried away though, I note that Creative Suite 3, published in March 2007, did just as well as CS5.  Here are the figures:

In fact, Q4 2007 at $570.5 m is still a record for Adobe’s Creative Solutions segment. So maybe CS4 was an unfortunate blip. Then again, not quite all the revenue in Creative Solutions is the suite; it also includes Flash Platform services such as media streaming. Further, the economy looked rosier in 2007.

Here is the quarter vs quarter comparison over the whole company:

In this table, Creative Solutions has already been mentioned. Digital Enterprise, formerly called Business Productivity, includes Acrobat, LiveCycle and Connect web conferencing. Platform is confusing; according to the Q4 09 datasheet it includes the developer tools, Flash Platform Services and ColdFusion. However, the Q4 10 datasheet omits any list of products for Platform, though it includes them for the other segments, and lists ColdFusion under Print and Publishing along with Director, Contribute, PostScript, eLearning Suite and some other older products. According to this document [pdf] InDesign which is huge in print publishing is not included in Print and Publishing, so I guess it is in Creative Solutions.

In the earnings call, Adobe’s Mark Garrett did mention Platform, and attributed its growth (compared to Q3 2010) to “higher toolbar distribution revenue driven primarily by the release of the new Adobe Reader version 10 in the quarter.” This refers to the vile practice of foisting a third-party toolbar (unless they opt-out) on people forced to download Adobe Reader because they have been send a PDF. Perhaps in the light of these good results Adobe could be persuaded to stop doing so?

I am not sure how much this breakdown can be trusted as it makes little sense to me. Do not take the segment names too seriously then; but they are all we have when it comes to trying to compare like with like.

Still, clearly Adobe is doing well and has successfully steered around some nasty rocks that Apple threw in its way. I imagine that Microsoft’s decision to retreat from its efforts to establish Silverlight as a cross-platform rival to Flash has also helped build confidence in Adobe’s platform. The company’s point of vulnerability is its dependence on shrink-wrap software for the majority of its revenue; projects like the abandoned Rome show that Adobe knows how to move towards cloud-deployed, subscription-based software but with business booming under its current model, and little sign of success for cloud projects like Acrobat.com, you can understand why the company is in no hurry to change.